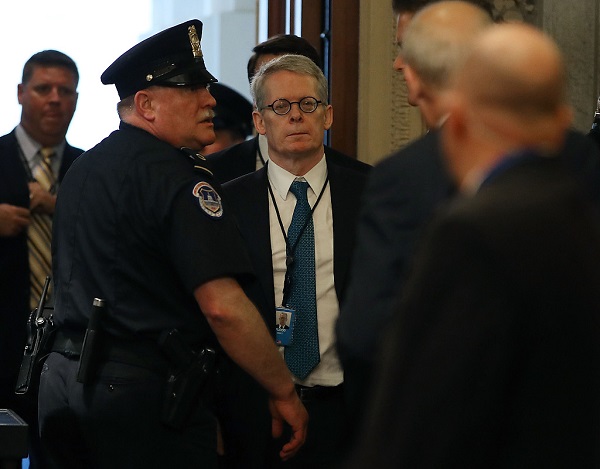 White House lawyer Emmet Flood (C) arrives to attend a briefing with members of the so-called 'Gang of Eight' at the US Capitol May 24, 2018 in Washington, DC. (Photo: VCG)

"Emmet Flood, who came to the White House to help me with the Mueller Report, will be leaving service on June 14th," Trump wrote in a tweet.

"He has done an outstanding job," Trump said. "Emmet is my friend and I thank him for the GREAT JOB he has done."

Flood joined the White House in October 2018 during Mueller's probe into whether the Trump campaign colluded with Russia and whether the president had obstructed justice.

Flood's announced exit came after Mueller resigned from his post in late May, two months after the investigation had been completed.

While the report concluded there was no collusion between the Trump campaign and Russia, it was vague in whether Trump had obstructed justice, fueling a political fight between Trump's supporters and critics.