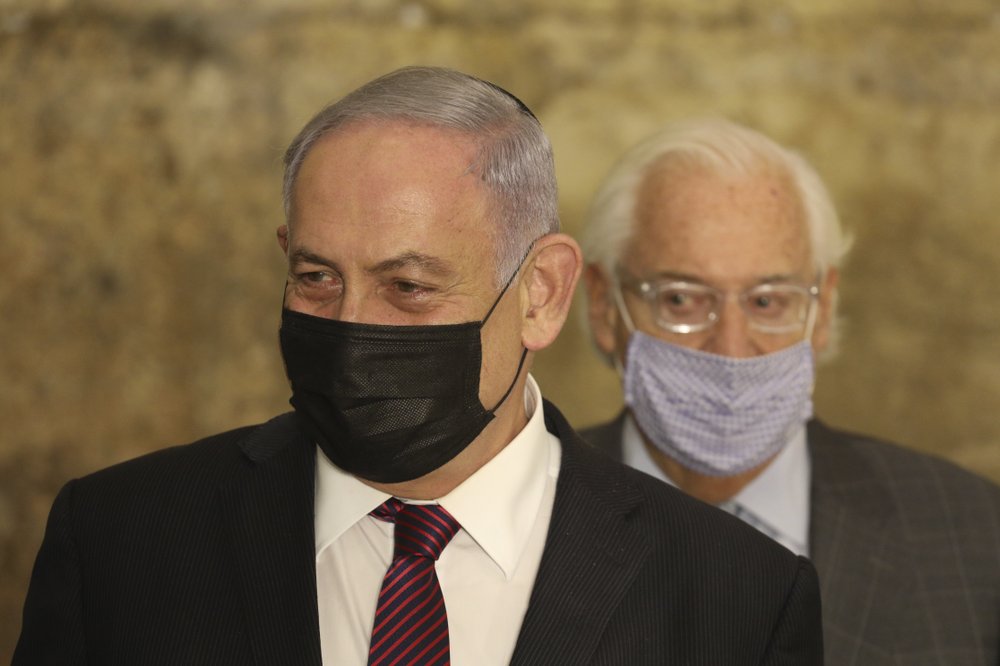 Israeli Prime Minister Benjamin Netanyahu, left, and US Ambassador to Israel David Friedman addresses the media on the first night of Hanukkah at the Western Wall, in Jerusalem on Thursday, Dec. 10, 2020. (Photo: AP)

Washington (People’s Daily) – US President Donald Trump announced on Thursday that Israel and Morocco have agreed to normalize relations.

This is the fourth Arab-Israeli agreement in four months. The White House said Trump and Morocco’s King Mohammed VI had agreed that Morocco would “resume diplomatic relations between Morocco and Israel and expand economic and cultural cooperation to advance regional stability.”

Trump said Israel and Morocco would restore diplomatic and other ties, including the immediate reopening of liaison offices in Tel Aviv and Rabat, the eventual opening of embassies and joint overflight rights for the two nations’ airlines.

Concerning the Palestinian cause, King Mohammed VI stressed in his exchange with President Trump that Morocco supports a solution based on "two states living side by side in peace and security.”.

Negotiations between both Palestinian and Israeli parties remain "the only way to reach a final, lasting and comprehensive settlement of this conflict," it added.

The Moroccan Royal Cabinet said in a statement that King Mohammed VI stressed the importance to preserve the Holy City of Al-Quds Acharif (Jerusalem) as the common patrimony of humanity and especially for the followers of the three monotheistic religions, the statement said.

The holy city must be a place of encounter and a symbol of peaceful coexistence, mutual respect and dialogue, it added.