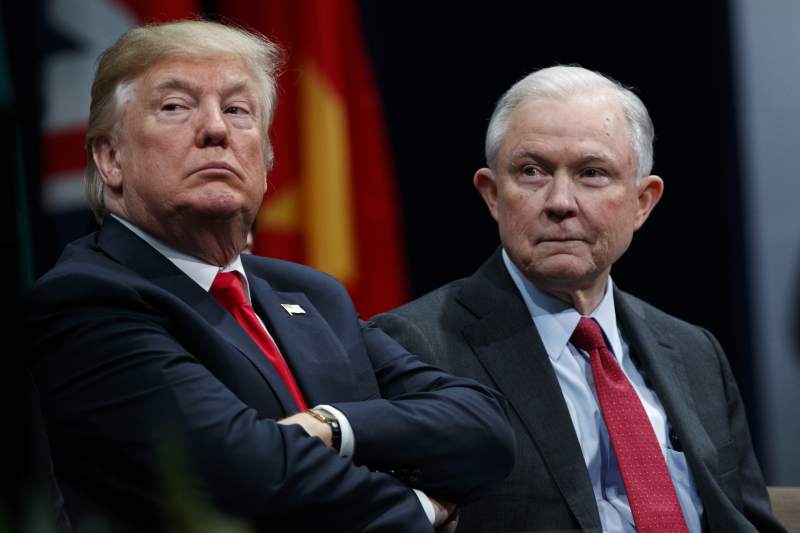 Washington (People's Daily) - US President Donald Trump announced on Twitter on Wednesday that US Attorney General Jeff Sessions is officially out, and Matthew Whitaker, DoJ Chief of Staff, will transition into the department’s top role as acting head effective immediately.

The move has potentially ominous implications for special counsel Robert Mueller’s probe, given that the new acting attorney general, Matthew Whitaker, until now Sessions’ chief of staff, has questioned the inquiry’s scope and spoke publicly before joining the Justice Department about ways an attorney general could theoretically stymie the probe.

Congressional Democrats, concerned about protecting Mueller, called on Whitaker to recuse himself from overseeing the investigation in its final but potentially explosive stages.

That duty has belonged to Deputy Attorney General Rod Rosenstein, who appointed Mueller. Rep. Jerry Nadler, the top Democrat on the House Judiciary Committee, said he wants “answers immediately” and “we will hold people accountable.”

The resignation, in a one-page letter to Trump, came one day after Republicans lost control of the House of Representatives and was the first of several expected post-midterms Cabinet and White House departures. Though Sessions was an early and prominent campaign backer of Trump, his departure letter lacked effusive praise for the president and made clear the resignation came “at your request.”