WORLD Trump announces signing of partial suspension of immigration to US

Trump announces signing of partial suspension of immigration to US

US President Donald Trump announced Wednesday he had signed an order partially suspending immigration to the United States, arguing the drastic measure would protect jobs during the coronavirus crisis. 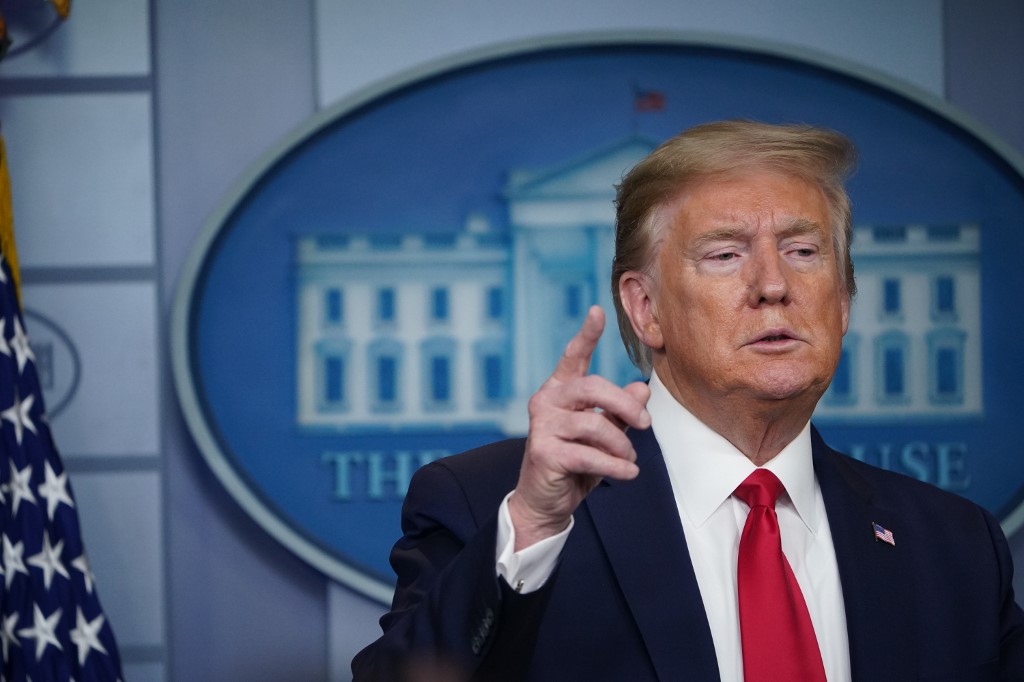 "In order to protect our great American workers, I've just signed an executive order temporarily suspending immigration into the United States. This will ensure that unemployed Americans of all backgrounds will be first in line for jobs as our economy reopens," he told a press conference.

The 60-day suspension hits people applying for permanent residency, or green cards. Seasonal workers, such as immigrants vital to US farm labor, are still allowed to enter.

Trump said he is seeking to protect the job market for US citizens at a time when the economy has gone off a cliff, with 22 million joining the unemployment ranks, due to the coronavirus-related shutdown.

However, Trump has already made restrictions on immigration -- both legal and illegal -- a cornerstone of his presidency and the dramatic new ban is expected to fuel his bid for a second term in November.