US President Donald Trump on Tuesday announced a $1.5 billion contract with US biotech company Moderna for 100 million doses of an eventual coronavirus vaccine, the sixth such deal reached since May. 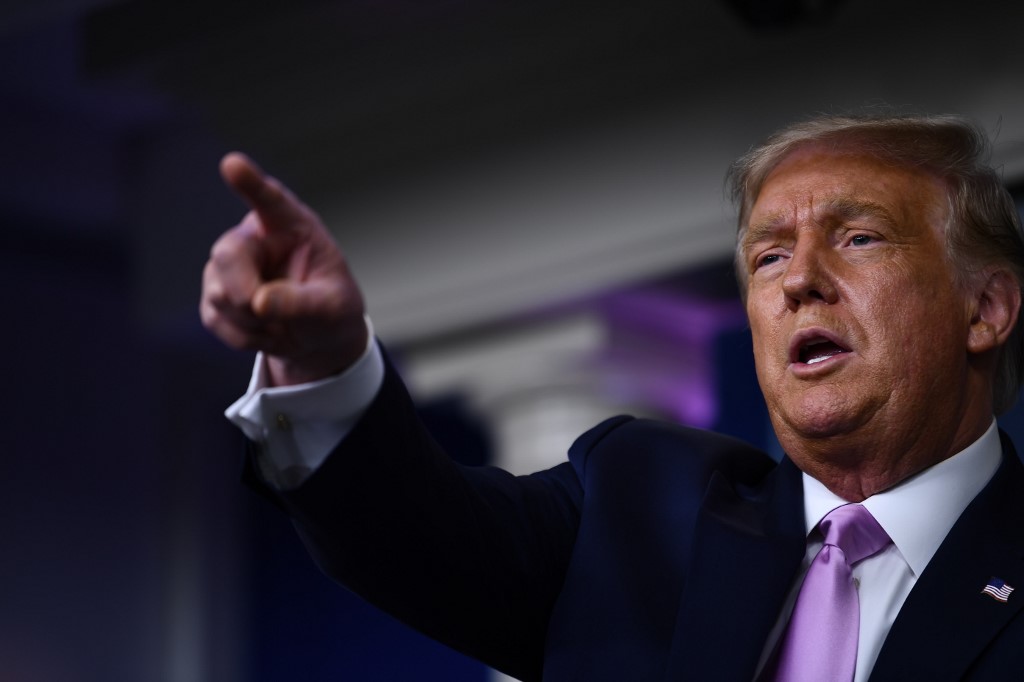 US President Donald Trump answers reporters' questions in the Brady Briefing Room of the White House in Washington, DC, on August 11, 2020.

"I'm pleased to announce that we have reached an agreement with Moderna to manufacture and deliver 100 million doses of their coronavirus vaccine candidate," Trump said at a White House news conference. "The federal government will own these vaccine doses, we're buying them."

"We're on track to rapidly produce 100 million doses as soon as the vaccine is approved, and up to 500 million shortly thereafter, so we'll have 600 million doses," he added.

Moderna, in partnership with the US National Institutes of Health (NIH), is conducting Phase 3 clinical trials of a vaccine candidate and manufacturing of vaccine doses will take place while the trials are underway.

The vaccine, called mRNA-1273, is being co-developed by Moderna and the NIH's National Institute of Allergy and Infectious Diseases (NIAID), which is led by Dr Anthony Fauci.

The latest contract brings the US government's total commitments to Moderna to $2.48 billion.

The company, founded less than 10 years ago, has not previously developed a vaccine of any kind but preliminary results of the company's experimental COVID-19 vaccine have reportedly produced promising results.

The Trump administration has allocated a total of at least $10.9 billion for the development and manufacturing of a coronavirus vaccine.

It has already ordered 100 million vaccine doses from Johnson & Johnson, Novavax, Pfizer and Sanofi and 300 million from AstraZeneca.