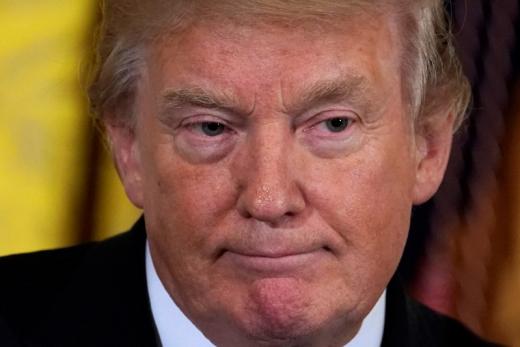 US President Donald Trump speaks at a working session with mayors at the White House. REUTERS photo

US President Donald Trump made a rare apology on Friday over his decision to retweet anti-Muslim videos posted by a British far-right group, a move which strained tensions with London.

"If you're telling me they're horrible racist people, I would certainly apologise if you'd like me to do that," he told ITV's Good Morning Britain, referring to the group Britain First.

Trump sparked outrage in Britain in November with the retweet and drew a public rebuke from Prime Minister Theresa May, to which he replied angrily, souring trans-Atlantic ties.

However, the two leaders met in Davos on Thursday where they agreed to press ahead with Trump's long-planned visit to Britain later this year, and the president was keen to downplay talk of a rift.

"The real me is someone who loves Britain, loves the UK, I love Scotland; very special people and a very special place," he said.

"I don't want to cause any difficulty for your country."