France's agriculture minister on Tuesday slammed US President Donald Trump's argument behind threatened tariffs on French wines as "absurd" and "stupid", as a row between Paris and Washington over taxing tech giants intensified. 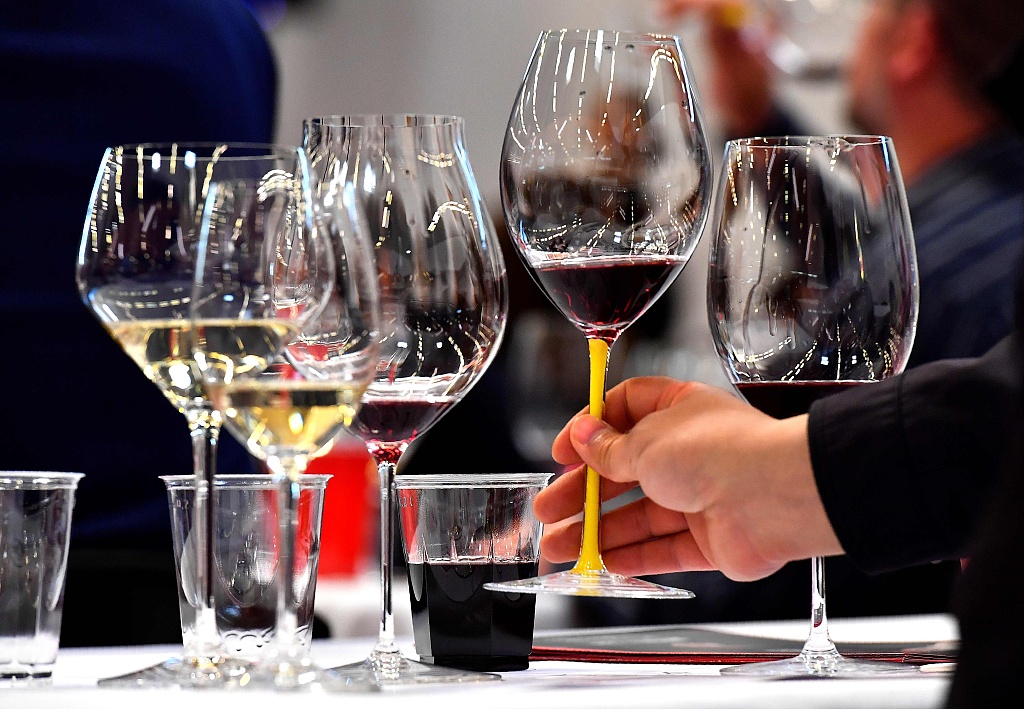 A person tastes wines at the Vinexpo wine fair in Bordeaux, southwestern France on May 13, 2019. (File photo: VCG)

France drew an angry response from Trump when it became the first major economy to impose a tax on digital giants earlier this month.

The GAFA tax -- an acronym for Google, Apple, Facebook and Amazon -- aims to plug a fiscal loophole that has seen some internet heavyweights pay next to nothing in countries where they make huge profits.

The US president blasted the reform and pledged to retaliate with "substantial reciprocal action on (French President Emmanuel) Macron's foolishness" in a tweet last week.

When asked if French wine could be a target, Trump replied: "Might be on wine or something else."

"I've always said American wine is better than French wine!" added the US president, who insists he is a teetotaller, in a none too subtle threat of tariffs.

"It's absurd, as a political and economic debate, to say 'you're taxing the GAFAs, so we're going to tax your wine'. It's completely stupid," French Agriculture Minister Didier Guillaume told French TV channel BFM.

He also argued that "American wine is not better than French wine".

"We're taxing the GAFAs simply because they make huge profits of millions or billions of euros or dollars, while employing French workers. There's no reason they shouldn't pay their taxes".

The minister's comments came after French Finance Minister Bruno Le Maire tried to defuse tensions with the US, pledging to reach a deal on taxing tech firms by the end of the G7 summit in late August.

"There is no desire to specifically target American companies," Le Maire said Saturday, as the three-percent tax would hit all of the world's largest tech firms who generate revenues from French consumers, including Chinese and European ones.

France has said it would withdraw the tax if an international agreement was reached, and Paris hopes to include all OECD countries by the end of 2020.

Le Maire had earlier this month hosted G7 finance ministers, including US counterpart Steven Mnuchin, for talks outside Paris. Le Maire said at the time a major agreement was reached in the tax conflict but Mnuchin cautioned there was more work to be done.