WORLD Trump arrives in Finland for summit with Putin

Trump arrives in Finland for summit with Putin 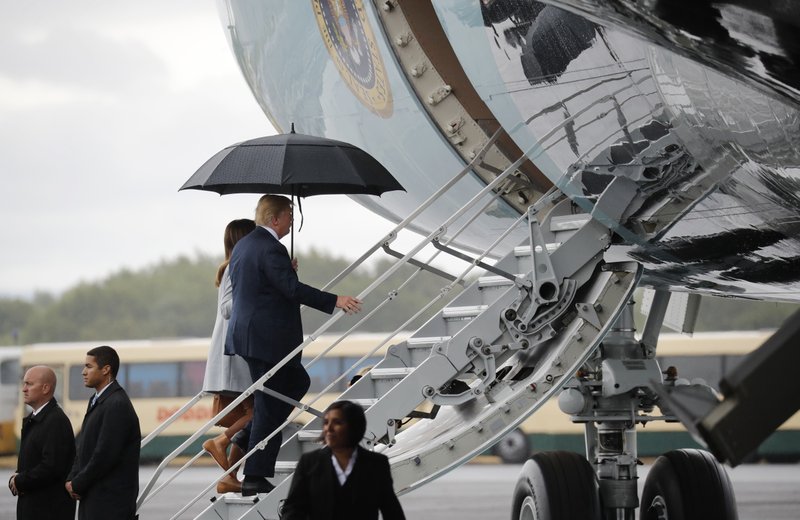 The president has no public appearances planned after his nighttime arrival. He is due to meet with Putin on Monday.

Trump and his wife, Melania, spent the weekend at his eponymous golf resort in Turnberry, Scotland, about an hour’s drive from Glasgow.

The president hit the links both days. On Saturday, he appeared to wave to a group of people who staged a protest picnic near several holes of the course that are visible from a nearby beach.