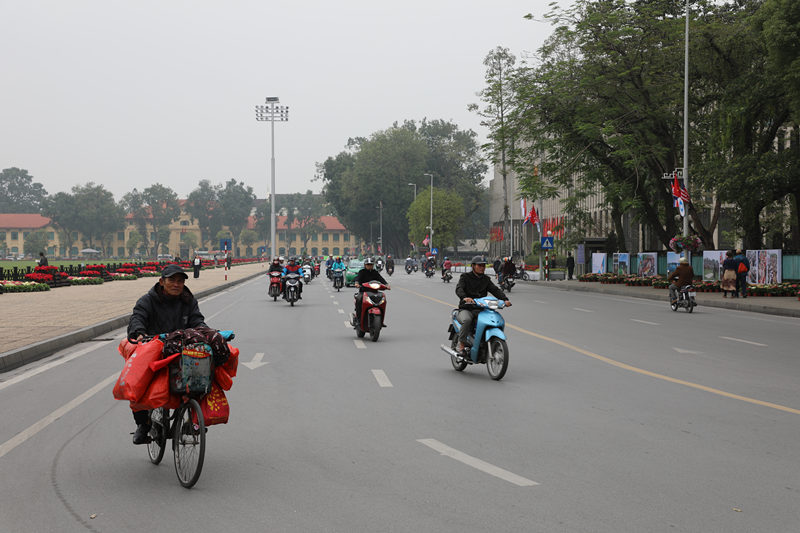 Trump is scheduled to meet the top leader of the Democratic People's Republic of Korea (DPRK) Kim Jong-un, who arrived in Hanoi Tuesday morning.

They are scheduled to hold talks on Wednesday and Thursday.

“Heading over to Vietnam for my meeting with Kim Jong-un. Looking forward to a very productive Summit!” Trump wrote after boarding Air Force One heading to Hanoi on Monday.

According to Reuters, White House spokeswoman Sarah Sanders said on Air Force One that Trump and Kim will have a private meeting on Wednesday evening, and then the two leaders will have an intimate dinner. At the dinner, each leader will be accompanied by two officials and interpreters.

Sanders added that Trump and Kim will continue to have more meetings on Thursday.

The first DPRK–US summit was held last year on June 12 in Singapore. The two signed a joint document, in which Pyongyang committed to denuclearizing the Korean Peninsula in return for US security guarantees. However, negotiations after the summit have yet to gain positive progress.

According to Vietnam News Agency (VNA), at the second summit, the two top leaders are expected to pass a joint declaration outlining the DPRK's specific steps on denuclearization and reciprocal US moves, including a rollback of some sanctions.