WORLD Trump asks to borrow a Van Gogh. The Guggenheim offers a used gold toilet instead

Trump asks to borrow a Van Gogh. The Guggenheim offers a used gold toilet instead 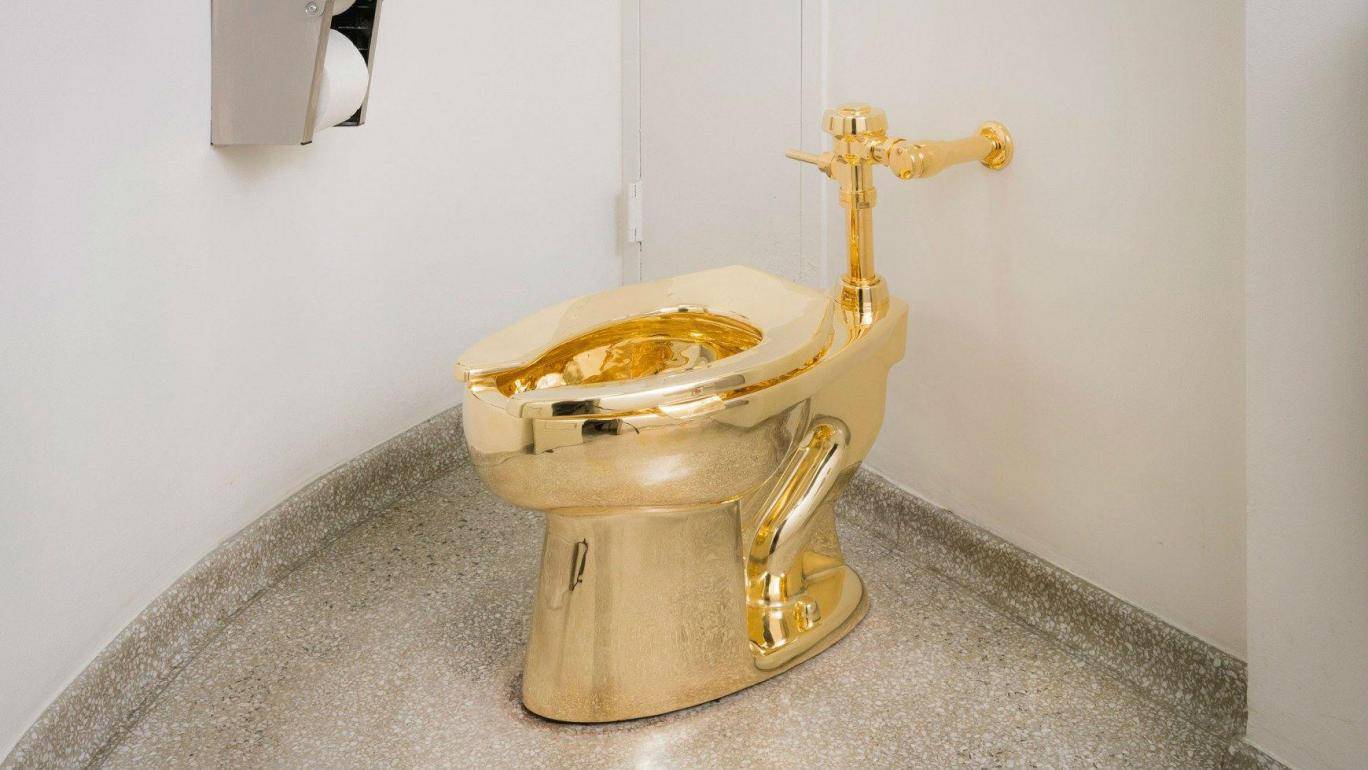 US President Donald Trump reportedly asked a leading US museum to borrow a Van Gogh painting for the White House, but was instead offered a solid gold sculpture of a functioning toilet that had been inspired by his presidential bid and which was used by 100,000 visitors.

The White House apparently contacted the Guggenheim Museum in New York and asked for the loan of Van Gogh’s 1888 Landscape With Snow. The museum wrote back to say it could not loan the item but instead offered an 18 karat gold sculpture by Maurizio Cattelan of a functioning toilet.

The piece, America, designed as “a cipher for the excesses of affluence” and the creation of which was inspired by Mr Trump's decision to run for the White House, had been on display at the museum where countless thousands of museum visitors made use of it.

“We are sorry not to be able to accommodate your original request, but remain hopeful that this special offer may be of interest,” curator Nancy Spector wrote in an email to the White House, according to the Washington Post.

The museum’s online notes accompanying the sculpture, say that “like all of Cattelan’s most complex works, this sculpture is laden with possible meanings”. They also say the sculpture was inspired by Mr Trump's decision to run for the White House. They say that more than 100,000 people made use of the toilet when it was on display.

“The equation between excrement and art has long been mined by neo-Marxist thinkers who question the relationship between labour and value,” add the notes.

“Expanding upon this economic perspective, there is also the ever-increasing divide in our country between the wealthy and the poor that threatens the very stability of our culture.”

They add: "When the artist proposed the sculpture in mid-2015, Donald Trump had just announced his bid for the presidency. It was inconceivable at the time that this business mogul, he of the eponymous gilded tower, could actually win the White House.

"When the sculpture came off view on September 15, Trump had been in office for 238 days, a term marked by scandal and defined by the deliberate rollback of countless civil liberties, in addition to climate-change denial that puts our planet in peril."

Mr Trump and the First Lady, whose personal style tends towards the flash and shiny, if photo shoots taken from inside their penthouse apartment in Trump Tower are a guide, were said to be initially unimpressed by the decor of the White House.