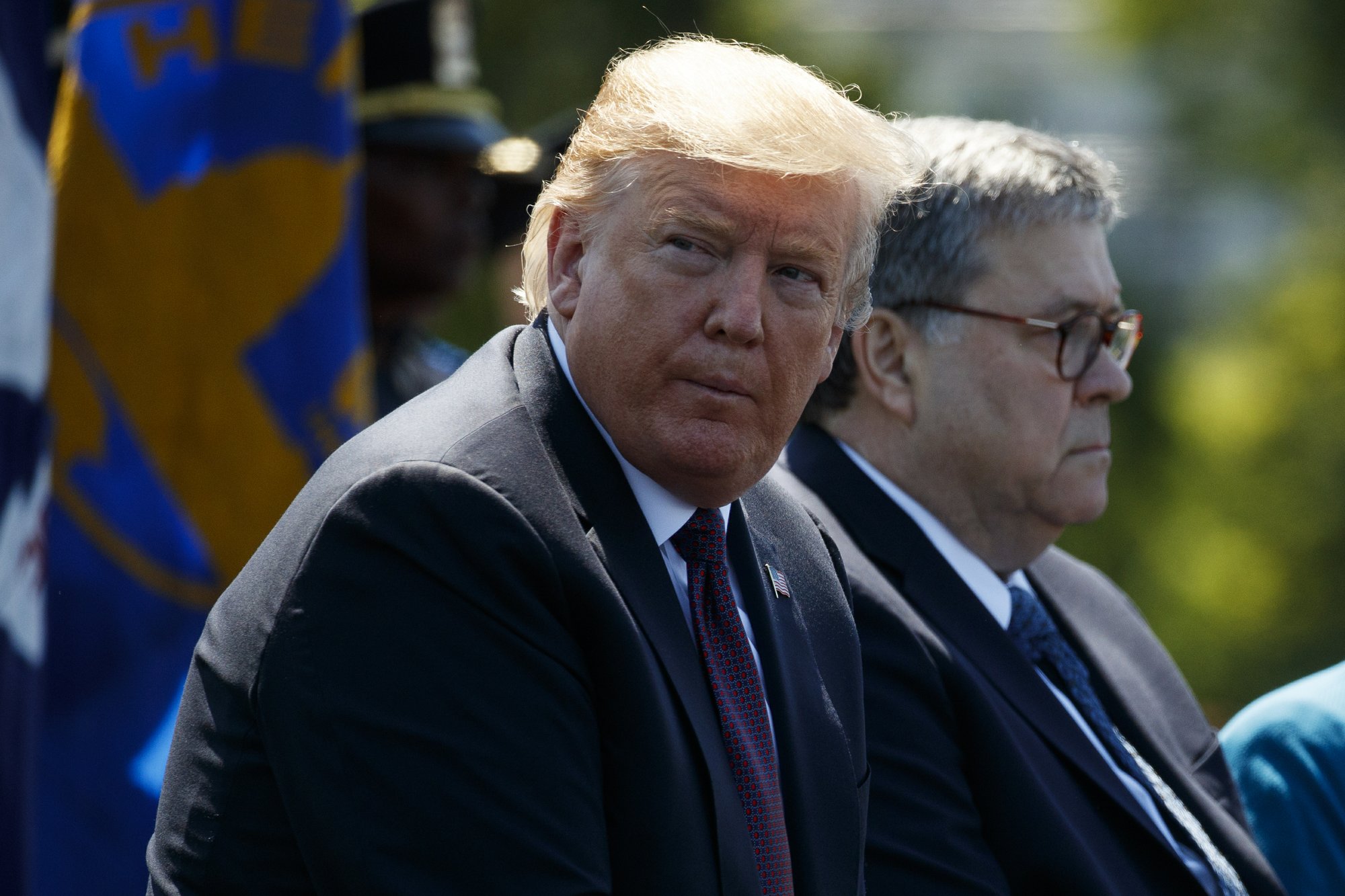 US President Donald Trump sits with Attorney General William Barr during the 38th Annual National Peace Officers' Memorial Service at the US Capitol, Wednesday, May 15, 2019, in Washington. (Photo: AP)

US President Donald Trump is using a Capitol Hill ceremony for fallen law enforcement officers to criticize some big-city prosecutors he asserts don’t go after criminals who pose a severe threat to public safety.

Trump also called for the death penalty for killing officers. And he made an apparent reference to the case of actor Jussie Smollett. He says “those who file false police reports should face full legal consequences.”

Smollett was charged with felony disorderly conduct and accused of making a false police report after claiming he was attacked. In March, the Cook County state’s attorney’s office abruptly dropped the charges.

Trump spoke Wednesday at the 38th annual memorial service, which honored 228 peace officers who died in the line of duty last year.