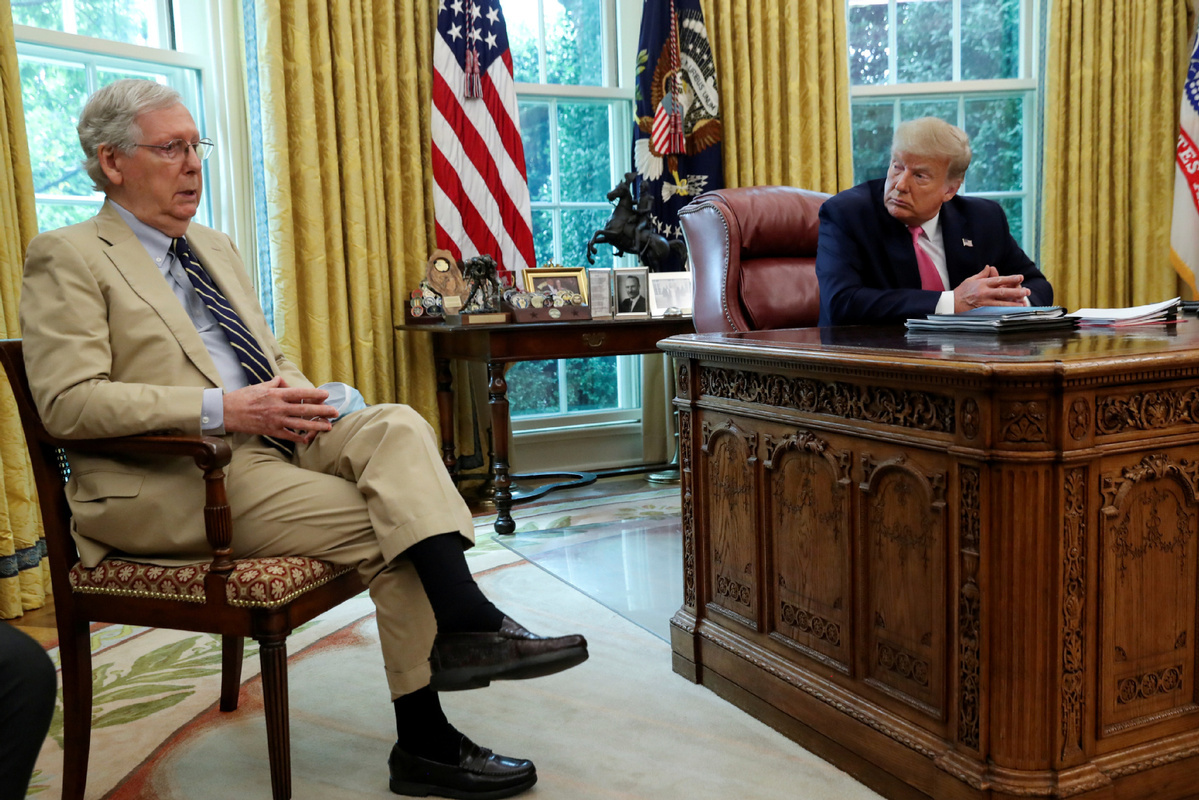 Donald Trump, then US president, listens to Senate Majority Leader Mitch McConnell speak about legislation for additional coronavirus aid in the Oval Office at the White House in Washington, US, in this July 20, 2020 file photo. (Photo: Agencies)

"Mitch is a dour, sullen, and unsmiling political hack, and if Republican Senators are going to stay with him, they will not win again," Trump said in a statement released through his Save America super PAC, blaming McConnell for Republican Party's 2020 Senate losses.

"He will never do what needs to be done, or what is right for our Country. Where necessary and appropriate, I will back primary rivals who espouse Making America Great Again and our policy of America First. We want brilliant, strong, thoughtful, and compassionate leadership," said Trump.

McConnell voted to acquit Trump on Saturday but sharply criticized the former president for inciting the Capitol riot.

"There's no question - none - that President Trump is practically and morally responsible for provoking the events of the day. No question about it. The people who stormed this building believed they were acting on the wishes and instructions of their President," the top Senate republican said in a speech on the Senate floor shortly after the vote.

"Former President Trump's actions that preceded the riot were a disgraceful, disgraceful dereliction of duty," said McConnell, noting Trump is "still liable for everything he did."

Earlier on Tuesday, Bennie Thompson, chairman of the House Homeland Security Committee, filed a lawsuit accusing Trump of inciting the insurrection at the US Capitol and of conspiring with his personal lawyer Rudy Giuliani and extremist groups including the Proud Boys and the Oath Keepers to try to prevent the Congress from certifying Joe Biden's presidential election victory.