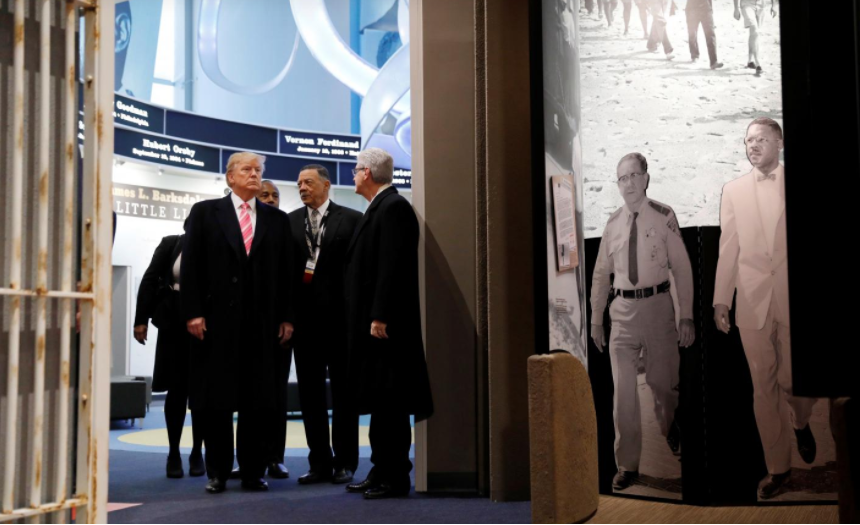 US President Donald Trump flew to Mississippi on Saturday to attend the opening of a civil rights museum, but his visit was marred by the absence of top African-American leaders who stayed away in protest of his policies and record on race relations.

Trump toured the Mississippi Civil Rights Museum and delivered brief remarks, paying tribute to African-Americans who fought institutionalized racism, including Medgar Evers, the civil rights activist who was murdered outside his home in Jackson in 1963.

“We want our country to be a place where every child from every background can grow up free from fear, innocent of hatred and surrounded by love, opportunity and hope,” Trump said in prepared remarks.

Referring to Evers and other civil rights leaders showcased in the museum, Trump said: “Today we strive to be worthy of their sacrifice. We pray for inspiration from their example.”

US Representative John Lewis of Georgia, a Democrat who marched with Martin Luther King Jr. in the 1960s, said on Thursday that he would not go to the museum opening because of Trump’s presence.

“President Trump’s attendance and his hurtful policies are an insult to the people portrayed in this civil rights museum,” Lewis said in a statement with Mississippi Democratic US Representative Bennie Thompson, who also declined to attend. 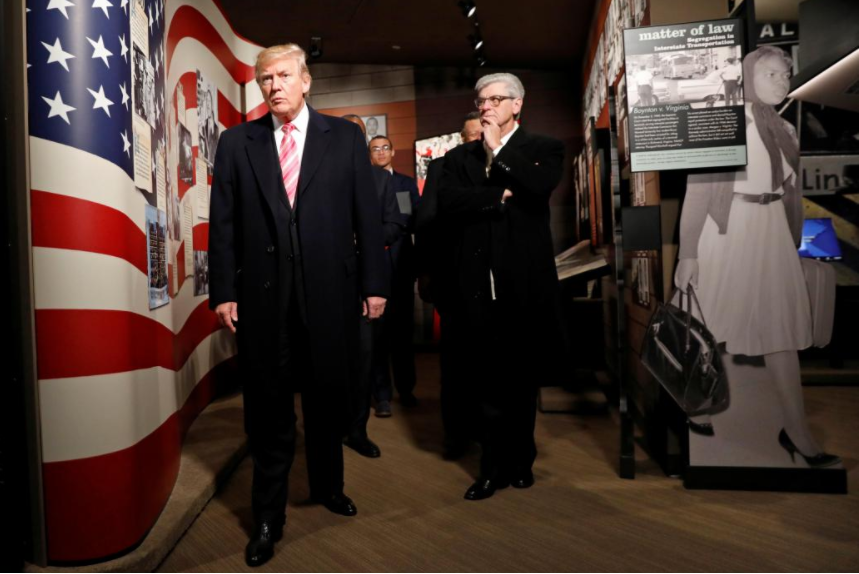 The two men also cited Trump’s “disparaging comments about women, the disabled, immigrants and National Football League players” and said the president had shown disrespect to those who fought for civil rights in Mississippi.

The National Association for the Advancement of Colored People also took issue with Trump’s attendance.

However, US Housing and Urban Development Secretary Ben Carson, who is black and ran against Trump in the early 2016 Republican presidential primaries before dropping out, accompanied the president on his tour of the museum.

Trump, a Republican, has had a complicated record on race relations. He was a leading proponent of the false theory that Democratic President Barack Obama, the first black US president, was not born in the United States. Obama was born in Hawaii, a US state.

In August, Trump unleashed a firestorm of criticism, including from Republicans and a top adviser in his administration, for saying that both left- and right-wing protesters were at fault for violence at a white supremacist-led rally in Charlottesville, Virginia, where one woman died.

White House spokesman Raj Shah said on Friday ahead of the visit that the civil rights movement was about fighting intolerance, hatred and bigotry and that Trump intended to honor the leaders of that struggle.

The White House called the decision by Lewis and Thompson not to attend “unfortunate.”

Trump concluded his remarks by saying: “Today we pay solemn tribute to our heroes of the past and dedicate ourselves to building a future of freedom, equality justice and peace.”