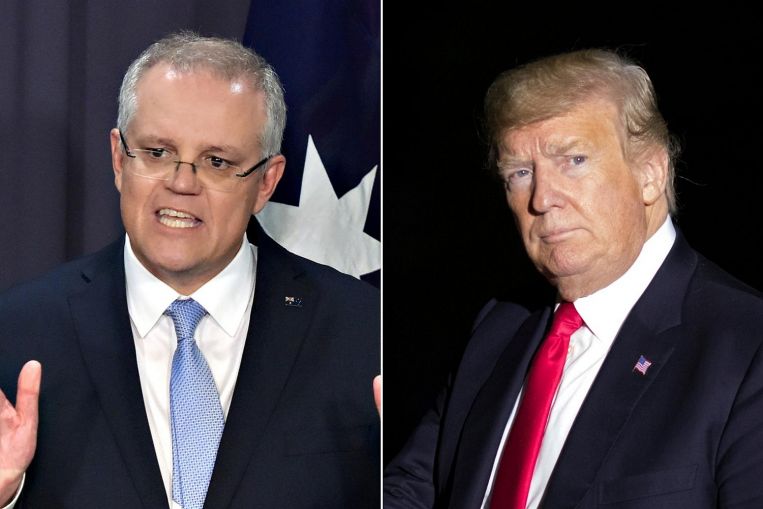 In a statement, the White House said Trump congratulated Morrison on his recent election.

"The two leaders underscored the importance of the bilateral partnership between the United States and Australia," read the statement. "They also pledged to continue to closely cooperate on priorities the two countries share."

Trump on Friday also tweeted, "Congratulations to new Australian Prime Minister Scott Morrison. There are no greater friends than the United States and Australia!"

Morrison was sworn in on Friday as the 30th prime minister of Australia, after winning the ballot for leadership of the ruling Liberal Party.

Morrison replaced Malcolm Turnbull, who resigned as the prime minister after 45 of the 85 Liberal Party Members of Parliament (MPs) voted to vacate the leadership at the meeting.

Turnbull has announced his resignation from the parliament, leaving the government without a functioning majority in parliament.