WASHINGTON, Nov. 27 (Xinhua) -- Republican candidate Cindy Hyde-Smith, backed by US President Donald Trump, is projected to win Tuesday night's special Senate election in the state of Mississippi, according to US news outlets. 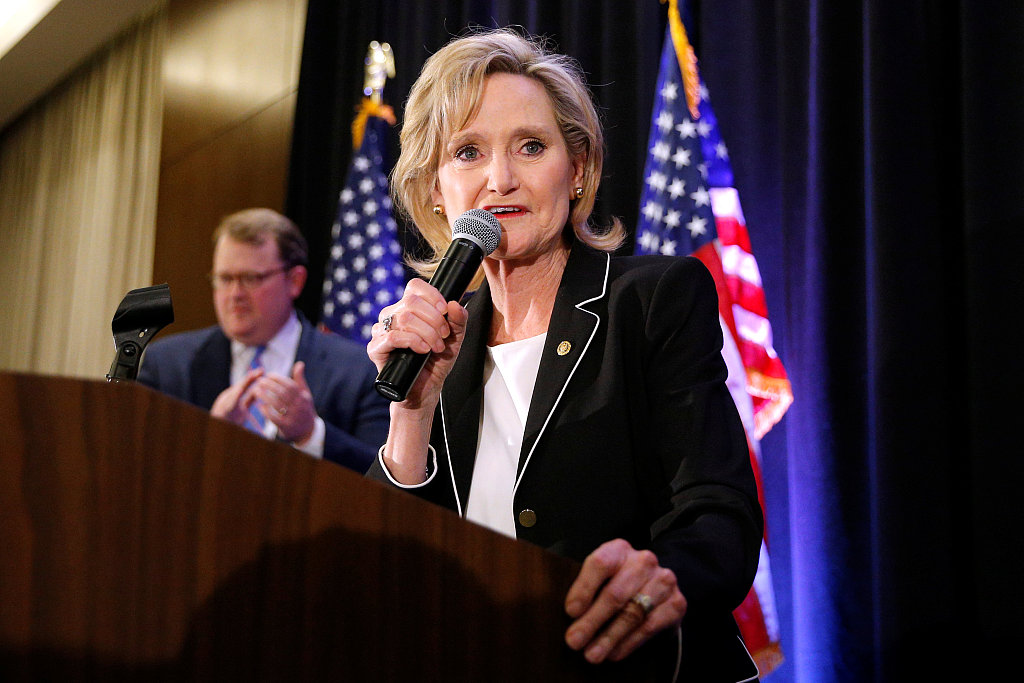 Hyde-Smith's victory over Democrat Mike Espy will help the Republicans start the new Congress in January with a 53-47 majority in the Senate.

Thus, Hyde-Smith is expected to become the first woman elected to the Senate from Mississippi.

If elected, she will serve out the remaining two years of former Republican Senator Thad Cochran's term, whom she was appointed to replace earlier this year after he stepped down due to health concerns.

"We are all very proud of you," the president wrote.

Hyde-Smith and Espy, an ex-congressman who served as agriculture secretary under former President Bill Clinton, were forced into a runoff after neither received the requisite 50 percent of the vote in the general election on Nov. 6.