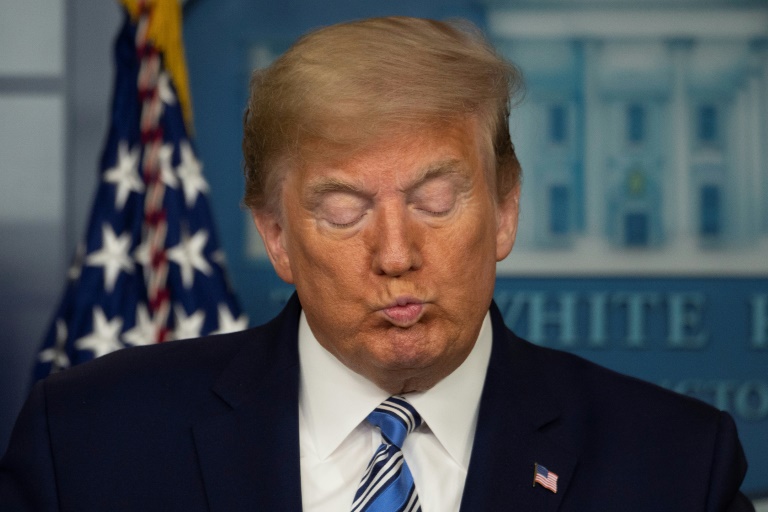 Trump appears to have halted his daily televised briefings on the virus after suggesting that patients might be injected with disinfectant to kill an infection. (Photo: AFP)

US President Donald Trump on Sunday dismissed reports he was considering sacking health secretary Alex Azar as criticism mounts over the US response to the coronavirus pandemic.

Trump, who risks losing public support ahead of the November election due to the climbing death toll, lashed out over stories on CNN and other media outlets.

"Reports that H.H.S. Secretary Alex Azar is going to be 'fired' by me are Fake News," Trump wrote on Twitter.

"They are desperate to create the perception of chaos & havoc in the minds of the public."

Trump renewed his attacks on Fox News, which he targets when its generally supportive broadcasting veers into criticism.

"No respect for the people running @FoxNews. But Fox keeps on plugging to try and become politically correct," he said.

"The people who are watching @FoxNews... are angry. They want an alternative now. So do I!"

He separately threatened lawsuits over his media coverage, and asked the "Noble Committee" to rescind awards -- presumed to be a reference to the Nobel Prize, which has no journalism category.

Trump appears to have halted his daily televised briefings on the virus after suggesting that patients might be injected with disinfectant to kill an infection.

He later claimed he had been speaking "sarcastically."

More than 54,000 Americans have died from the novel coronavirus.