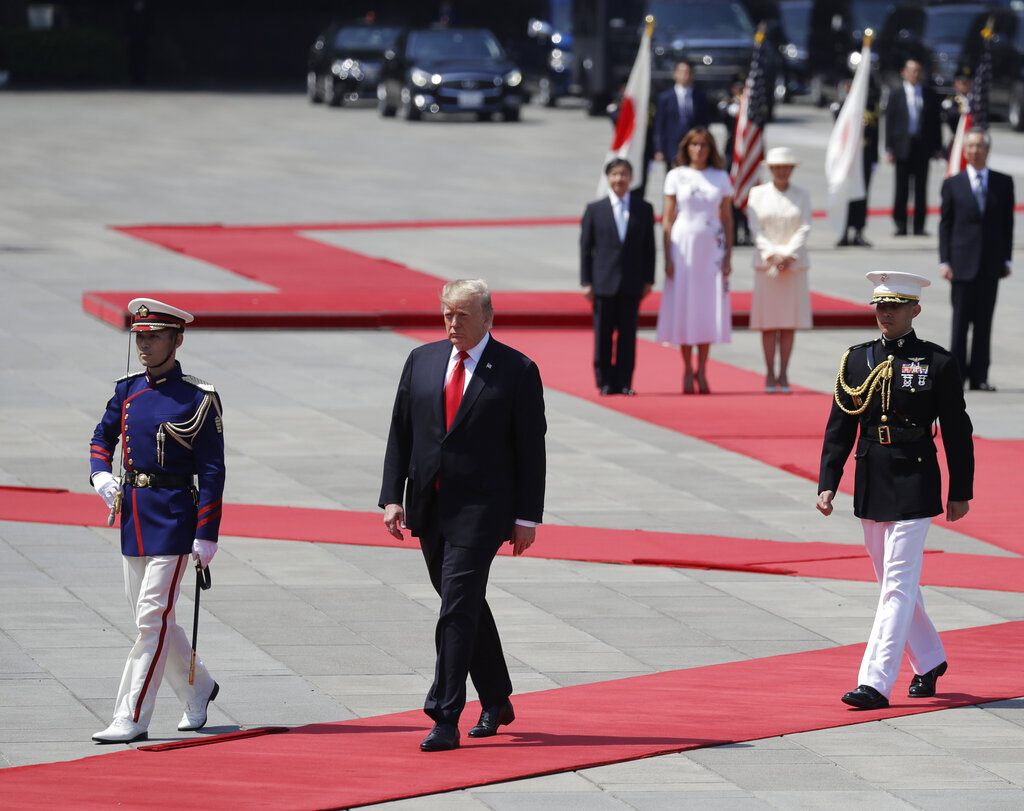 US President Donald Trump , front center, participates in a welcome ceremony at the Imperial Palace, Monday, May 27, 2019, in Tokyo.

The palace visit in the morning, followed by a royal banquet in the evening, was the main event in a feel-good trip that started Saturday and has seen Abe and Trump playing golf, eating out, watching sumo and generally enjoying an all-Japanese weekend.

Dining with Abe and their wives at a typical Tokyo grill restaurant on Sunday, Trump said he "had a great time" and was looking forward to meeting Naruhito, who took the Chrysanthemum Throne only three weeks ago, after his father stepped down in the first abdication in two centuries.

"Tomorrow is really the main event -- a very important event in the history of Japan. It's over 200 years since something like this has happened. So it's a great honour to be representing the United States," Trump said.

After calling on Naruhito in the morning, Trump and his avowed close friend Abe will meet for summit talks and have lunch, before holding a press conference.

On Sunday, they grinned for a selfie and praised each other's golf game. Before the dinner, Abe also accompanied Trump to a sumo tournament where the US president presented a gigantic trophy, brought from the United States, to the champion wrestler.

Top Japanese and American trade negotiators spent more than two hours locked in talks on Saturday night but failed to achieve a breakthrough, although the Japanese side said there was more "understanding" between the two sides.