WORLD Trump bemoans GOP for not sticking together on impeachment

Trump bemoans GOP for not sticking together on impeachment 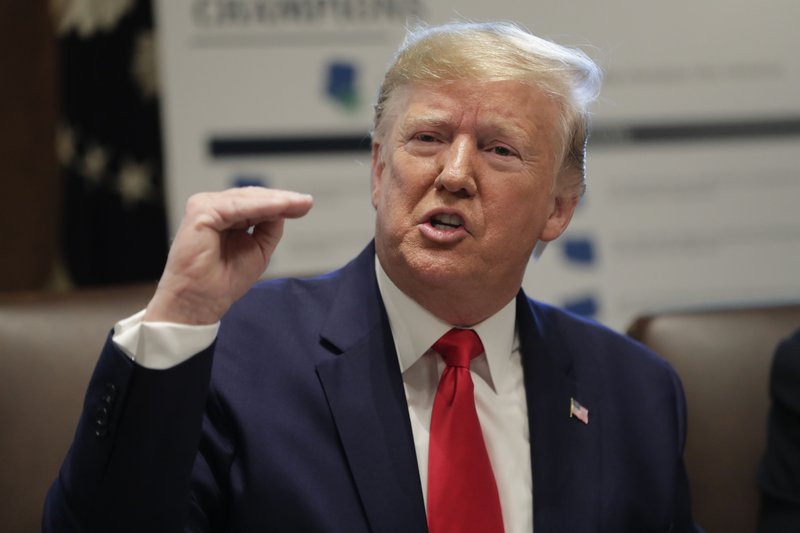 US President Donald Trump speaking during a Cabinet meeting in the Cabinet Room of the White House, Monday, Oct. 21, 2019, in Washington. (Photo: AP)

US President Donald Trump called on fellow Republicans to “get tougher and fight” as he lashed out at the quickly-moving House impeachment inquiry during a rollicking Cabinet meeting Monday.

Trump, defending his conduct in front of his Cabinet, senior aides and the media, insisted his call with the Ukrainian president that sparked the impeachment inquiry was entirely unproblematic. And he accused Democrats of proceeding only to bolster their chances in 2020. But Trump also called out Republicans for not sticking together, pointing a finger at Utah Sen. Mitt Romney, who has emerged as his most notable GOP critic.

While eviscerating Democrats’ policies, Trump said he respects members of the party for sticking together.

“They don’t have Mitt Romney in their midst,” he said.

Trump called on the Republicans “to get tougher and fight.”

“We have some that are great fighters. But they have to get tougher and fight because the Democrats are trying to hurt the Republican Party for the election, which is coming up,” he said, insisting the party would do well.

Still, he accused Democrats of opening the impeachment investigation only because they believe it will help them in the 2020 election.

“I think they want to impeach me because it’s the only way they’re going to win,” he said.