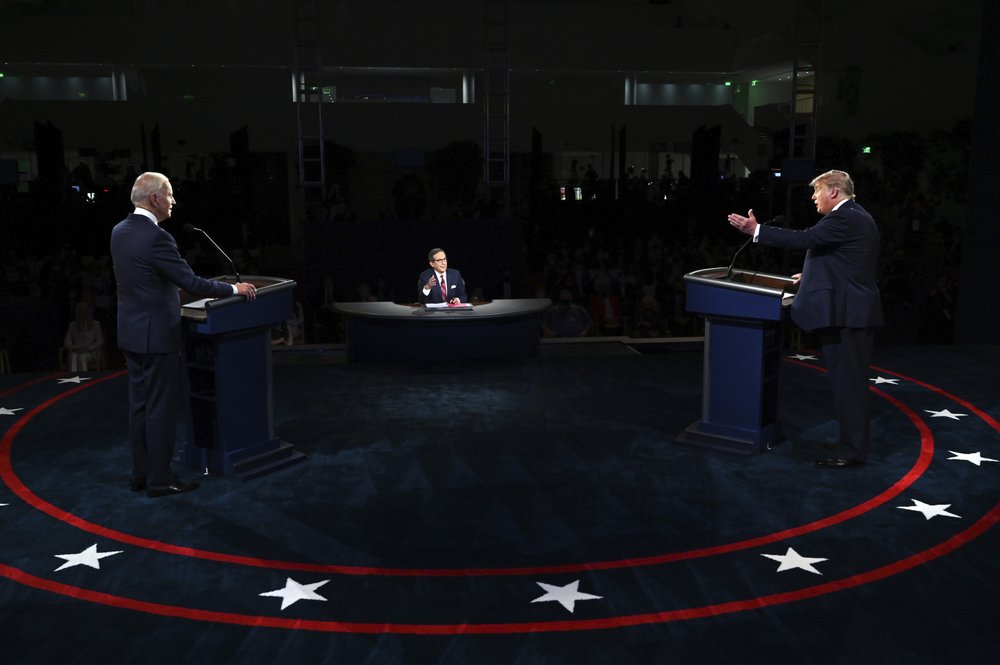 Moderator and Fox News anchor Chris Wallace opened the debate by asking Trump to explain his nomination of conservative federal appellate judge Amy Coney Barrett for the Supreme Court at a time only weeks before the November election despite strong pushback from Democrats.

"I will tell you very simply, we won the election. Elections have consequences," Trump said. "We have the Senate, we have the White House and we have a phenomenal nominee respected by all top top academic good in every way, good in every way."

Biden, for his part, said that he believes Barrett "seems like a very fine person" but argued that "the election has already started," referring to early voting in some states.

"Tens of thousands of people have already voted. The thing that should happen is, we should wait," the former U.S. vice president said. "We should wait and see what the outcome of this election is."

"The president has made it clear he wants to get rid of the Affordable Care Act," the Democrat said. "He's been running on that, he ran on that, and he's been governing on that."

Trump has long criticized health care costs and coverage under Obamacare and has vowed to repeal and replace it since his 2016 campaign. Supporters of Obamacare have noted Barrett's past criticism of Supreme Court ruling in 2012 upholding the law and argued that her presence at the high court where conservatives are poised to have a solid majority, could put it at risk.

"It's a disaster. It's too expensive. Premiums are too high. That it doesn't work. We do want to get rid of it," Trump said, while touting his own health care proposals, which Biden called "wishful thinking."

The candidates went on to share their views on the COVID-19 pandemic, vaccines, economy, protests and violence in U.S. cities, integrity of the election, and their records, interrupted by chaotic exchanges and personal attacks at times that forced the moderator to intervene throughout the 90-minute-plus debate.

"Gentlemen! I hate to raise my voice," Wallace said at one time. "I think that the country would be better served if we allowed both people to speak with fewer interruptions."

The veteran journalist also asked Trump to respond to a recent New York Times investigation which alleged that he paid just 750 dollars in federal income tax in both 2016 and 2017 and paid no taxes in 10 of the 15 previous years.

"Chris, let me tell you something, I don't want to pay tax," the president continued. "Like every other private business person, unless they're stupid, they go through the laws."

Hours earlier, Biden released his tax returns from 2016 to 2019, to seize on the Times investigation. For the past several months, he has emphasized the "Scranton vs. Park Avenue" message to appeal to working-class voters, which points to his Pennsylvania boyhood home and Trump's adult life in Manhattan, New York City.

As a former business mogul, Trump has refused to release his tax returns, which are being sought by Democrats and state investigators during his presidency, breaking a decades-old tradition maintained by his predecessors.

Trump and Biden will have two more debates in October leading up to Election Day.

That month, there will also be a vice presidential debate between Vice President Mike Pence and Biden's running mate, U.S. Senator from California Kamala Harris.