President Donald Trump will feature in a televised town hall Thursday on NBC News, the network said, setting up a direct scheduling clash with rival Joe Biden who had already planned his own version. 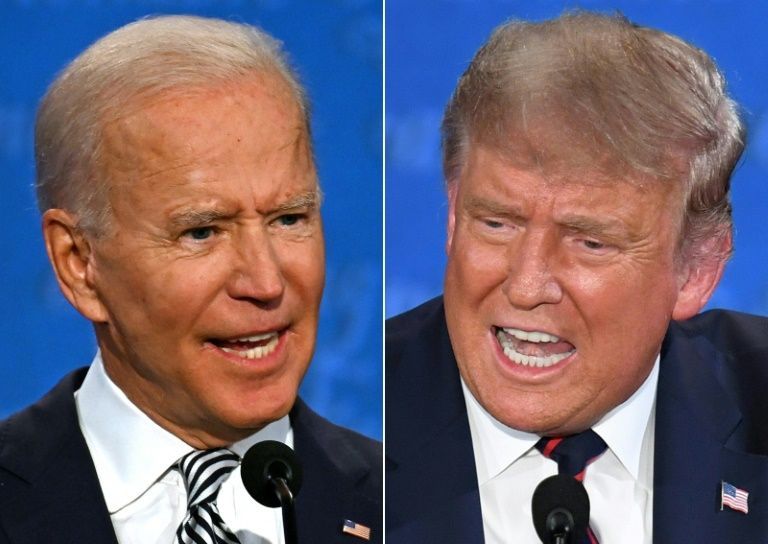 Their second head-to-head debate was cancelled, but Joe Biden and Donald Trump will hold separate town hall events at the same time instead. (Photo: AFP)

The two were originally meant to have been meeting for their second debate on Thursday evening. Instead, they will be simultaneously, but separately, talking to voters in TV studios -- NBC for Trump and ABC for Biden.

Trump will be in Miami, the network said, while Biden, who had already booked his appearance last week, will be in Philadelphia.

Their scheduled debate had also been designed as a town hall where the two candidates would have fielded questions from voters, but this was upended after Trump contracted the coronavirus.

Debate organizers said they wanted to switch the format to a virtual appearance, for safety reasons, and Trump refused, forcing cancellation of the event.

NBC News said Wednesday it had received a statement from the clinical director at the National Institutes of Health and lead infectious diseases expert Anthony Fauci that they had "a high degree of confidence" that Trump is now "not shedding infectious virus."

Trump and the NBC host will be socially distanced at the outdoor venue and the audience will wear safety masks, NBC said.

Biden has been frequently testing for coronavirus and reporting negative results since Trump's illness.