US President Donald Trump referred to US Marines buried in a WWI cemetery in France as "losers" and "suckers" for getting killed in action, according to a report Thursday in the Atlantic magazine. 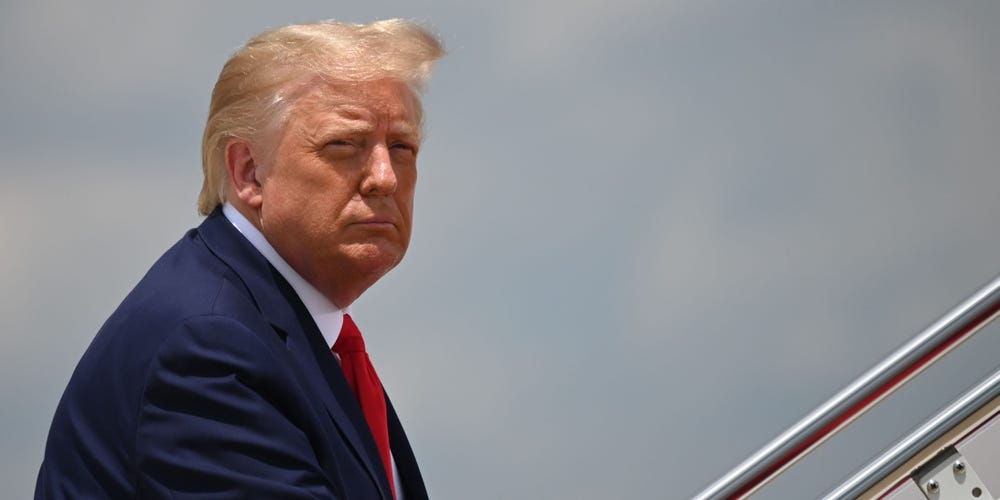 The report, penned by the magazine's editor-in-chief Jeffrey Goldberg, said Trump had refused to visit the Aisne-Marne American Cemetery near Paris in 2018 because "he feared his hair would become disheveled in the rain," although the official explanation offered by aides was that the helicopter due to take him there could not fly due to weather.

"In a conversation with senior staff members on the morning of the scheduled visit, Trump said, 'Why should I go to that cemetery? It's filled with losers,'" the article said.

"In a separate conversation on the same trip, Trump referred to the more than 1,800 marines who lost their lives at Belleau Wood as 'suckers' for getting killed," the Atlantic added, citing four unnamed people it said had firsthand knowledge of the discussions.

"Somebody makes up this horrible story that I didn't want to go," he told reporters after returning from a campaign rally in Pennsylvania.

"If they really exist, if people really exist that would have said that, they're low lifes and they're liars. And I would be willing to swear on anything that I never said that about our fallen heroes," he said.

"No animal, nobody, what animal would say such a thing?"

However, some critics pointed to Trump's denigrating comments about late senator John McCain, who was captured in Vietnam and was widely regarded as a war hero.

Trump said in the run-up to the 2016 election: "He's not a war hero. He was a war hero because he was captured. I like people who weren't captured."

The US president acknowledged on Twitter that he was "never a big fan" of McCain, but that lowering of flags after the senator's death and his "first class" funeral in Washington "had to be approved by me, as President, & I did so without hesitation or complaint. Quite the contrary, I felt it was well deserved."

"Also, I never called John a loser and swear on whatever, or whoever, I was asked to swear on, that I never called our great fallen soldiers anything other than HEROES," Trump added.

"This is more made up Fake News given by disgusting & jealous failures in a disgraceful attempt to influence the 2020 Election!"

Around 1,800 US Marines died in the battle at Belleau Wood, holding off a German advance toward Paris in 1918.

According to the Atlantic, Trump asked aides on his trip to France, "Who were the good guys in this war?" and could not understand why the United States had come to the aid of the Allies.

Joe Biden, Trump's rival in the November 3 election, said in a statement that if the article's allegations are true, "then they are yet another marker of how deeply President Trump and I disagree about the role of the President of the United States."

"If I have the honor of serving as the next commander in chief, I will ensure that our American heroes know that I will have their back and honor their sacrifice -- always," Biden said.