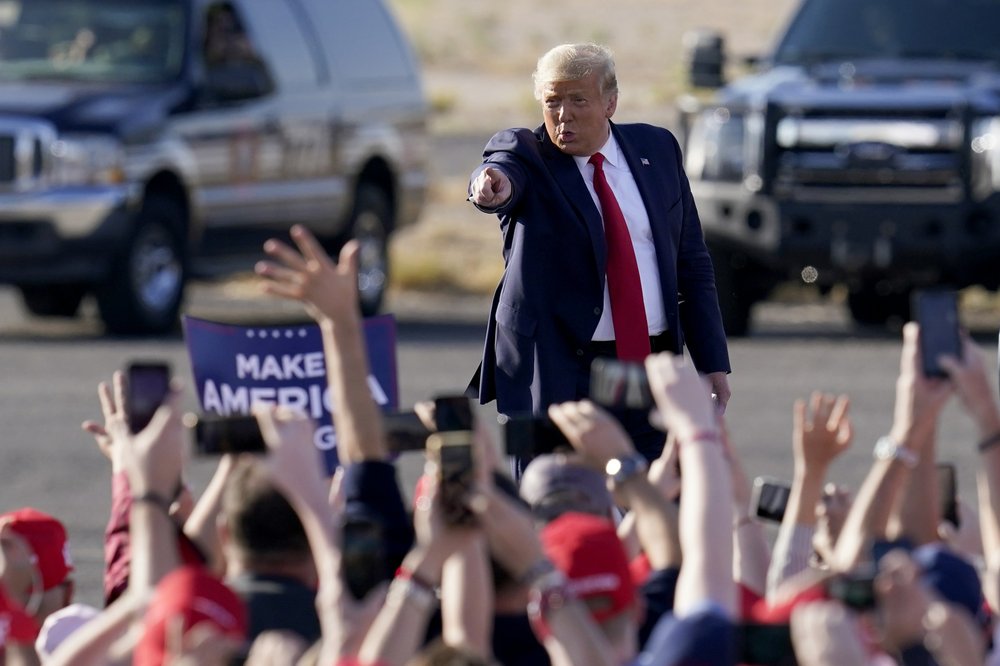 President Donald Trump waves to a cheering crowd as he arrives for a campaign rally Monday, Oct. 19, 2020, in Tucson, Arizona. (Photo: AP)

"As is the long-standing custom, and as has been promised by the Commission on Presidential Debates, we had expected that foreign policy would be the central focus of the October 22 debate," Trump campaign manager Bill Stepien said in a letter to the commission on Monday.

"We urge you to recalibrate the topics and return to subjects which had already been confirmed," Stepien wrote.

Stepien accused Democratic presidential nominee Joe Biden of being "desperate to avoid conversations about his own foreign policy record" and said the commission was trying to alter the course of the final debate so as to "insulate Biden from his own history."

Biden's campaign said there was a prior agreement that the debate moderator would select the topics and that the Trump campaign is seeking to sidestep questions about the president's "disastrous" response to the coronavirus pandemic.

The commission announced on Friday that the six topics for the final debate would be fighting COVID-19, American families, race in America, climate change, national security, and leadership.

The debate will start at 9:00 p.m. ET on Thursday in Nashville, Tennessee. NBC journalist Kristen Welker will be the moderator.