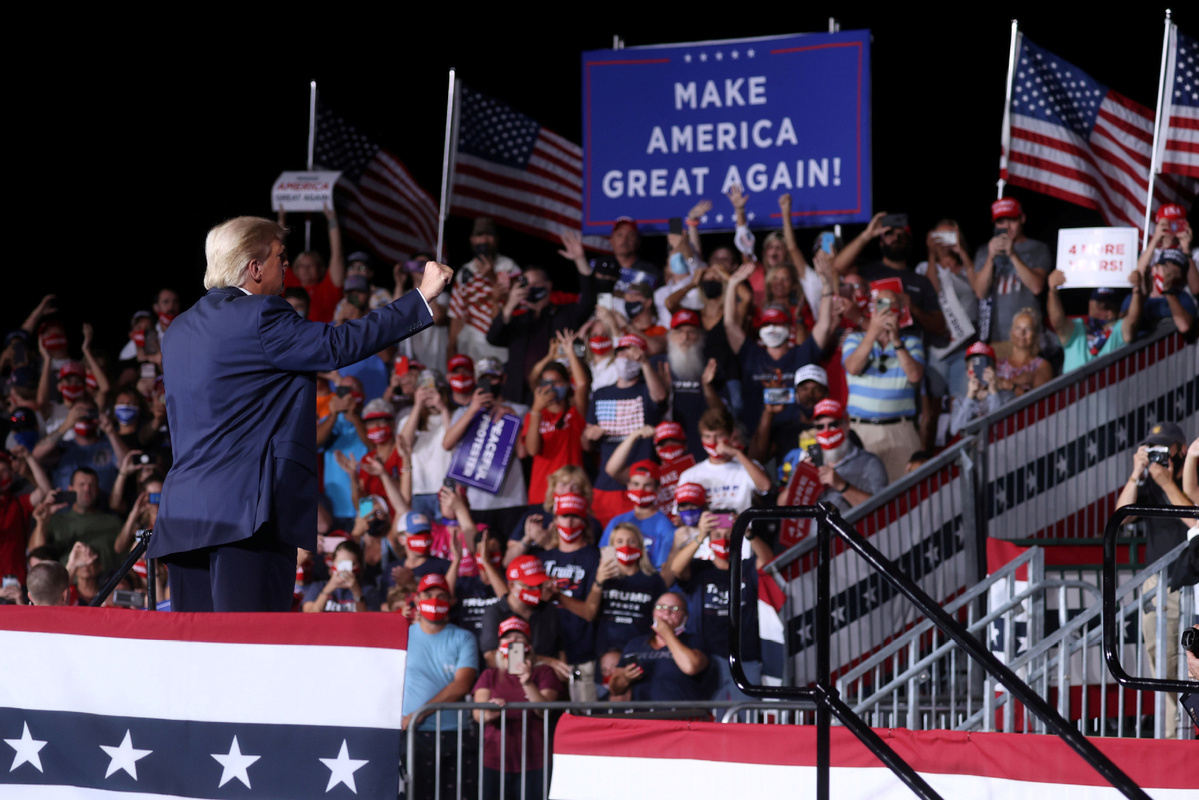 WASHINGTON - US President Donald Trump's campaign and joint Republican committees raised 210 million US dollars in August, a monthly record for the president, said Trump's campaign manager Bill Stepien in a statement on Wednesday.

"The Trump campaign will have all the resources we need to spread the message of President Trump's incredible record of achievement, on the ground and on the air, and define Joe Biden as a tool of the radical left," said Stepien.

Trump said Tuesday that he would put his own money into his reelection campaign if necessary, though downplaying the need for it currently.

Trump's campaign had a huge financial edge over Democratic nominee Joe Biden five months ago but that advantage has evaporated as the two are entering the final two-month stretch of the 2020 presidential election, the New York Times reported on Monday.

A CNBC report said Wednesday that Democrats running for US Congress seats have been able to raise more than their Republican opponents so far, citing data from the nonpartisan Center for Responsive Politics.