US President Donald Trump on Thursday called off a planned summit with North Korean leader Kim Jong-un, even after North Korea followed through on a pledge to blow up tunnels at its nuclear test site.

Referring to a scheduled June 12 meeting with Kim in Singapore, Trump said in a letter to the North Korean leader, "Sadly, based on the tremendous anger and open hostility displayed in your most recent statement, I feel it would be inappropriate, at this time, to have this long-planned meeting."

Trump called it "a missed opportunity" and said someday he still hoped to meet Kim.

Earlier on Thursday, North Korea repeated a threat to pull out of the unprecedented summit with Trump next month and warned it was prepared for a nuclear showdown with Washington if necessary.

A small group of international media selected by North Korea witnessed the demolition of tunnels at the Punggye-ri site on Thursday, which Pyongyang says is proof of its commitment to end nuclear testing.

The apparent destruction of what North Korea says is its only nuclear test site has been widely welcomed as a positive step toward resolving tension over its weapons. 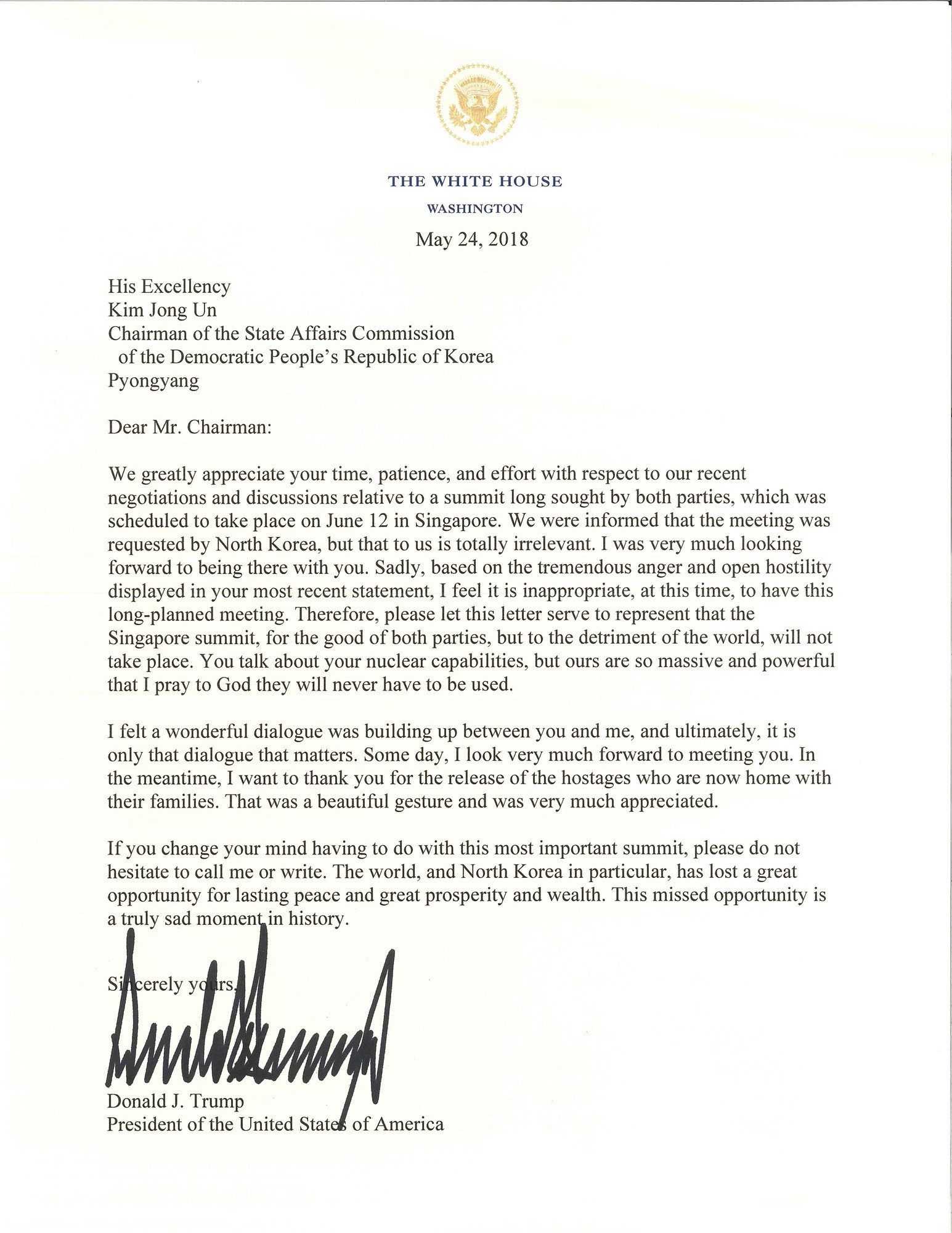