US President Donald Trump predicted Monday that the Democratic Party leadership would prevent frontrunner Bernie Sanders from becoming its candidate in November elections. 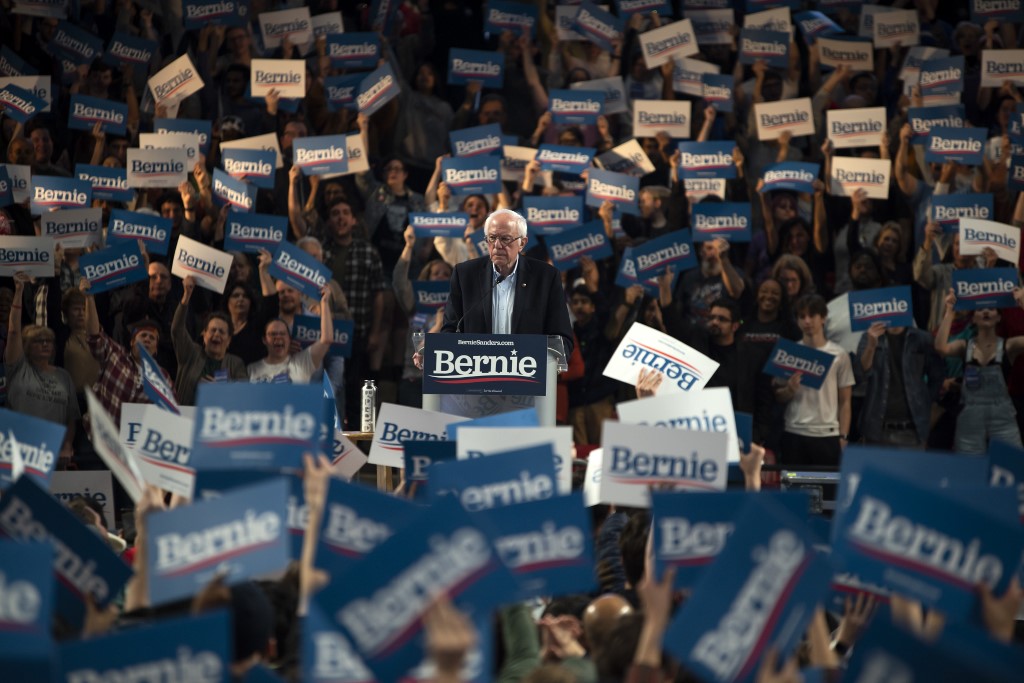 Sanders' leftist politics alarm many moderate Democrats, who fear that if he heads the ticket in the election, the party could face sweeping losses.

At the weekend, Sanders cemented his new status as the favorite to win the Democratic nomination with a clear victory in Nevada's primary.

Trump has nicknamed Sanders as "Crazy Bernie" for his socialist policies, but also claimed that he could be a tough candidate to beat.

"They are going to take it away from 'Crazy Bernie,' they are not going to let him win," the president said during a visit to India.

"I actually think he would be tougher than most of the other candidates because he is like me, but I have a much bigger base."

Though from different ends of the political spectrum, both Trump and Sanders have been party outsiders who promote themselves as outspoken individuals standing up to the establishment.

Celebrating his win in Nevada, Sanders said his "multi-generational, multi-racial coalition" was "going to sweep this country."

Sanders's progressive policies, including universal health care, higher taxes on the wealthy and an increase in the minimum wage, have struck a chord with Democrat voters.

But the Vermont senator, 78, also faces criticism that he is a radical socialist, out of touch with millions of Americans.