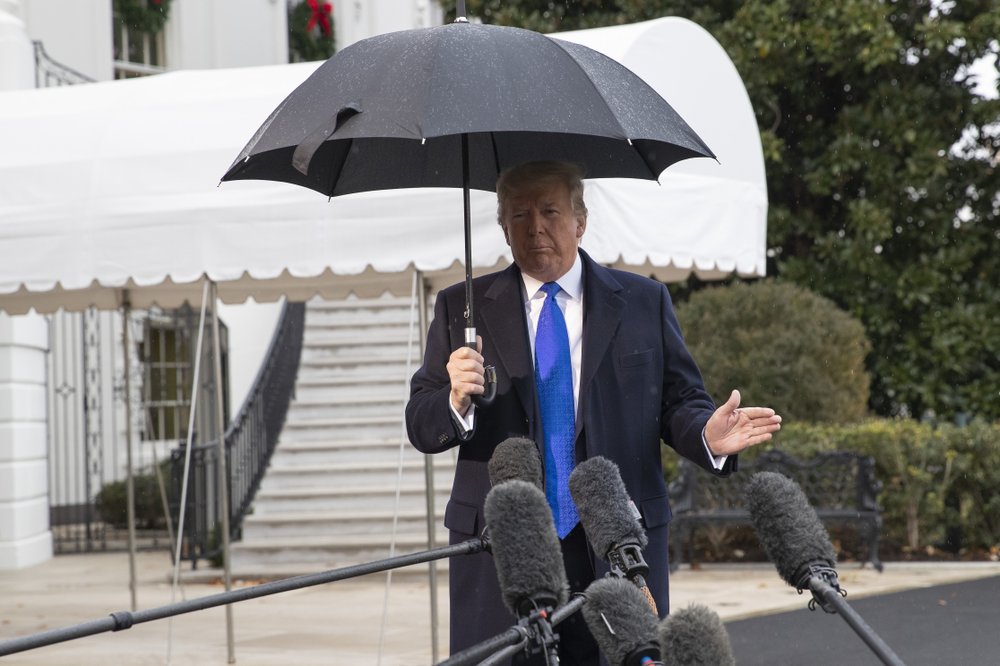 President Donald Trump speaks with reporters on the South Lawn of the White House before departing, December 2, 2019, in Washington. (Photo: AP)

President Donald Trump is complaining the House Judiciary Committee will hold an impeachment inquiry hearing while he attends a NATO summit that comes at a critical moment for the 70-year-old military alliance.

Speaking to reporters at the White House before departing Monday, Trump says the NATO trip is “one of the most important journeys we make as president” and the summit date was established a year ago.

He says Republicans are united in opposing impeachment and the inquiry is backfiring on Democrats, adding “I think it is going to be a tremendous boost for the Republicans.”

With the impeachment inquiry hovering over the trip, Trump says he will continue to pressure European allies to step up their defense spending, saying “it has not been a fair situation for us.”