US President Donald Trump confirmed on Sunday that the US military had killed Jamal al-Badawi, an al-Qaida operative who plotted the bombing of a US destroyer in 2000. 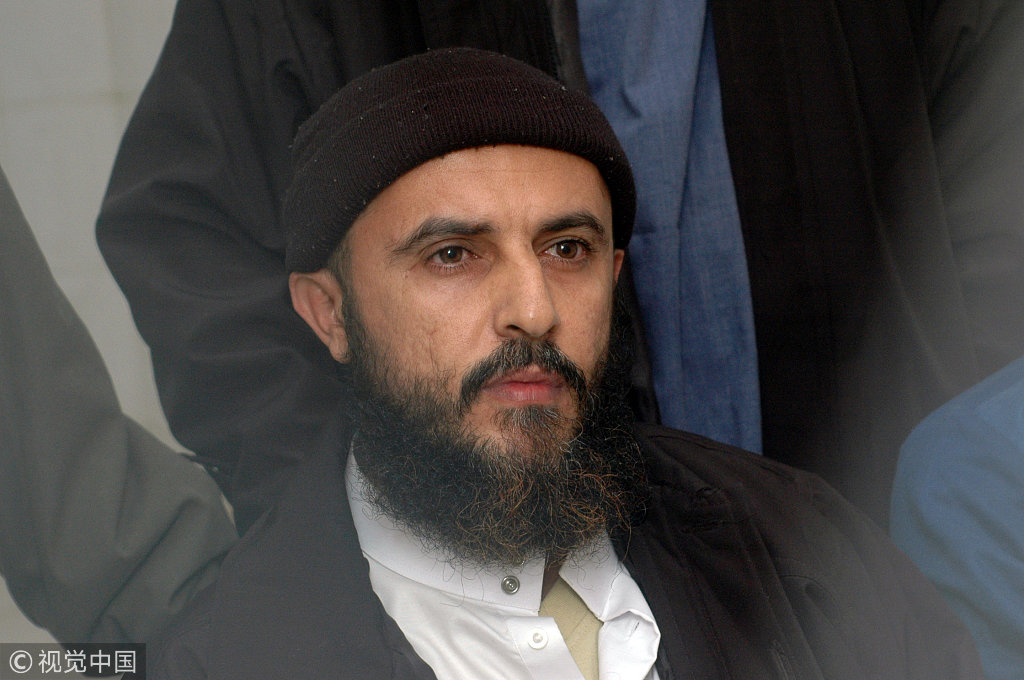 Yemeni convict Jamal al-Badawi listens to the verdict being announced from behind the bars in a Sanaa appeals court, February 26, 2005. (File photo: VCG)

Trump confirmed the death of Badawi via his Twitter, saying "our great military has delivered justice for the heroes lost and wounded in the cowardly attack on the USS Cole."

"We will never stop in our fight against radical Islamic terrorism!" Trump added. 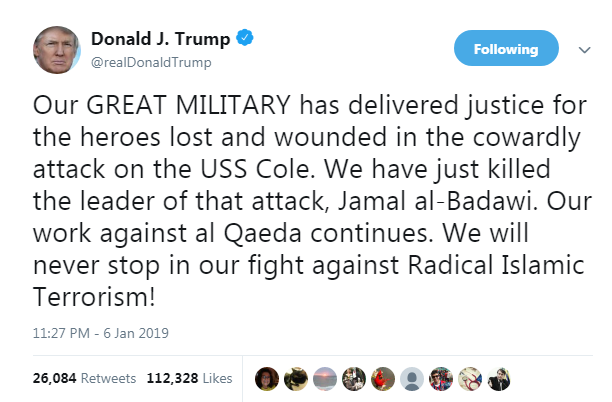 US Central Command also confirmed that Badawi was killed in a precision strike in Marib province of Yemen on Jan. 1.

US forces confirmed the results of the strike following a deliberate assessment process, according to the Twitter account of US Central Command.

Badawi was believed to be one of the principal architects of the bombing attack against the US Navy destroyer USS Cole in Yemen's Aden harbor in October 2000.

The suicide bombing attack, which carried out by a small boat loaded with explosives, left 17 US sailors dead, 39 injured.