WASHINGTON, Nov. 6 (Xinhua) -- U.S. President Donald Trump confirmed on Wednesday that Turkish President Recep Tayyip Erdogan will visit Washington next week, ending the speculation that the Turkish president might call off the trip given the delicate bilateral ties. 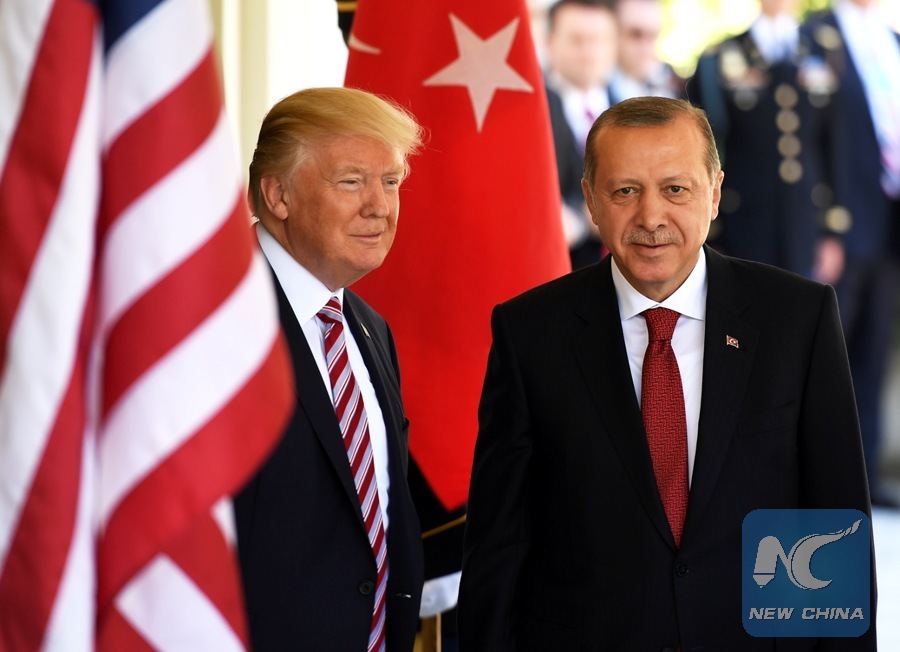 Trump tweeted that he had "a very good call" with Erdogan, saying he looks forward to meeting his Turkish counterpart on Nov. 13 at the White House.

"Also talked about their Border with Syria, the eradication of terrorism, the ending of hostilities with the Kurds, and many other topics," Trump added.

He said that Erdogan informed him that the Islamic State (IS) prisoners that escaped during the recent military conflict in northern Syria had been recaptured.

Erdogan's upcoming visit to the United States came at a delicate moment of bilateral ties. The Turkish president recently signaled that he had second thoughts about the planned visit due to measures that the U.S. legislative adopted against Ankara.

The U.S. House of Representatives last week overwhelmingly approved two bills highly offending for Ankara. One officially recognizes the mass killings of Ottoman Armenians during the First World War as genocide, the other aimed at slapping sanctions on Turkey over its military operations in northern Syria.

Armenians claim that some 1.5 million of their people were killed by Ottoman Turks during the First World War. However, Turkey, the Ottoman Empire's successor state, insists that the mass killings did not constitute genocide.

U.S. media reported later in the day that the U.S. Senate would not take up bipartisan legislation sanctioning Turkey until Erdogan completes the visit.