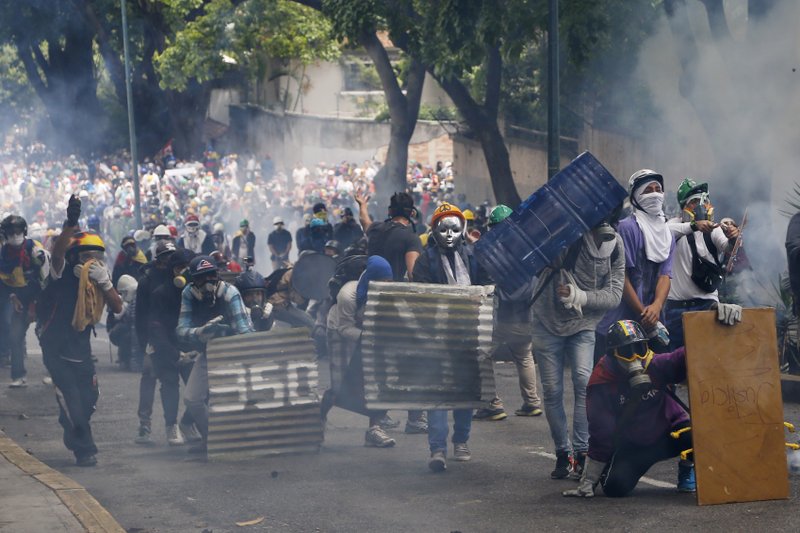 Masked and helmeted demonstrators face off with security forces during an opposition May Day march in Caracas, Venezuela, Monday, May 1, 2017.  (Photo: AP)

US President Donald Trump told CBS Sunday that he considers military intervention in Venezuela to be an "option" after claiming that he had turned down President Nicolás Maduro's request to meet.

When asked by CBS about military intervention and any national security interest, he replied, "Well, I don't want to say that, but certainly it's something that's on the – it's an option."

"Well, he has requested a meeting and I've turned it down because we're very far along in the process," said Trump.