WORLD Trump could be discharged from hospital as early as Monday, says doctor

Trump could be discharged from hospital as early as Monday, says doctor 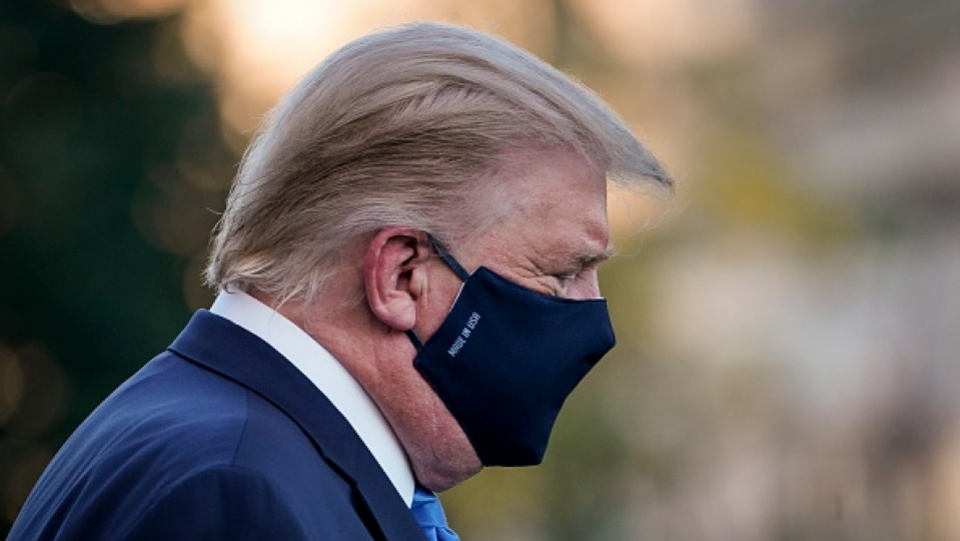 WASHINGTON, Oct. 4 (Xinhua) -- U.S. President Donald Trump, who is in hospital for COVID-19 treatment, could be discharged as early as Monday, one of his doctors said on Sunday.

"He has been up and around. Our plan today is to have him eat and drink, be up out of bed," Brian Garibaldi, a member of Trump's medical team, briefed reporters from Walter Reed National Military Medical Center in Bethesda, Maryland.

Garibaldi said if the president "continues to look and feel as well as he does today, our hope is that we can plan for a discharge as early as tomorrow to the White House where he can continue his treatment course."

Trump was first diagnosed with COVID-19 on Thursday and moved to Walter Reed on Friday, where he is using Remdesivir, a COVID-19 drug made by the U.S. biopharmaceutical company Gilead Sciences, as a treatment.

The president also received a dose of an experimental antibody cocktail being developed by U.S. drug maker Regeneron.

White House physician Sean Conley disclosed on Saturday that Trump, whose condition "has continued to improve," had additionally been given a dose of dexamethasone, a steroid that is used to reduce inflammation.

"Over the course of his illness, the president has experienced two episodes of transient drops in his oxygen saturation. We debated the reasons for this, and whether we'd even intervene," Conley said. "It was a determination of the team based predominantly on the timeline from the initial diagnosis that we initiate dexamethasone."

The doctor also confirmed that Trump was given supplemental oxygen on Friday before he was flown to hospital.

"Late Friday morning when I returned to the bedside, the president had a high fever and his oxygen saturation was transiently dipping below 94 percent," he said. "Given these developments I was concerned for possible rapid progression of the illness. I recommended the president we try supplemental oxygen, see how he would respond."

When pressed by reporters why it took him so long to reveal that information, Conley said that he was trying to "reflect the upbeat attitude" that the team and president have had over the course of his illness.

"I didn't want to give any information that might steer the course of illness in another direction, and in doing so it came off that we were trying to hide something, which wasn't necessarily true," he added.

In a video clip posted on Twitter on Saturday, Trump said he is feeling "much better" but acknowledged that "the next period of a few days" is "the real test."