WORLD Trump cracks down on anti-racism training as 'propaganda'

Trump cracks down on anti-racism training as 'propaganda'

US President Donald Trump has ordered government agencies to end anti-racism training sessions for federal employees on the grounds they amount to "divisive, un-American propaganda." 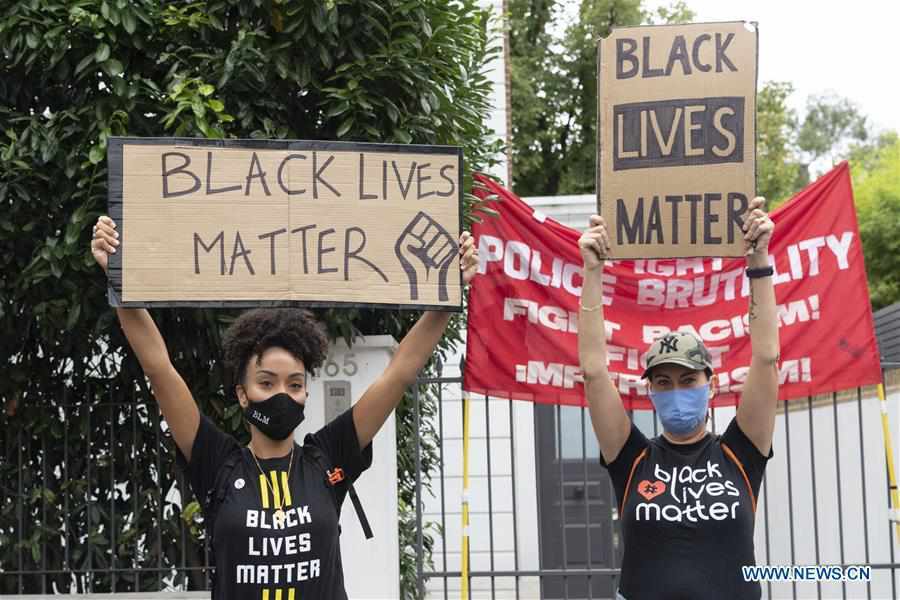 The order comes as Trump works to appeal to his white, blue-collar base while fighting an uphill battle for reelection amid a fraught national reckoning over racial injustice in policing and other walks of life.

In a memorandum, the White House Office of Management and Budget cited unspecified reports that "employees across the Executive Branch have been required to attend trainings where they are told that 'virtually all White people contribute to racism' or where they are required to say that they 'benefit from racism.'"

It added: "According to press reports, in some cases these trainings have further claimed that there is racism embedded in the belief that America is the land of opportunity or the belief that the most qualified person should receive a job."

"The President has directed me to ensure that Federal agencies cease and desist from using taxpayer dollars to fund these divisive, un-American propaganda training sessions," wrote the office's director, Russell Vought.

He directed agencies to "identify all contracts or other agency spending related to any training on 'critical race theory,' 'white privilege,' or any other training or propaganda effort that teaches or suggests either (1) that the United States is an inherently racist or evil country or (2) that any race or ethnicity is inherently racist or evil."

"The divisive, false, and demeaning propaganda of the critical race theory movement is contrary to all we stand for as Americans and should have no place in the Federal government," the memo added.

Trump doubled down on Saturday morning, firing off more than 20 tweets and retweets on the subject -- including one calling critical race theory the "greatest threat to western civilization."

"Not any more!" Trump wrote.

Protests in major US cities erupted after the death of African American George Floyd in May at the hands of a white police officer in Minneapolis, and flared up again last month after another black man, Jacob Blake, was shot in the back by a white policeman in Kenosha, Wisconsin.

Trump -- who is pressing a tough law and order line in the run-up to November's elections -- has blasted such demonstrators as violent anarchists.

This week the US president visited Kenosha, but did not meet with the family of Blake, who has been left paralyzed from the waist down, instead meeting with law enforcement officials and viewing damage from protests triggered by the shooting.

Trump's election rival Joe Biden also visited Kenosha this week -- he talked to Blake by telephone and met in person with his family.