US President Donald Trump stood firmly by his Supreme Court pick Brett Kavanaugh Monday after allegations that the conservative judge sexually assaulted a woman when they were teenagers threatened to derail the nomination process. 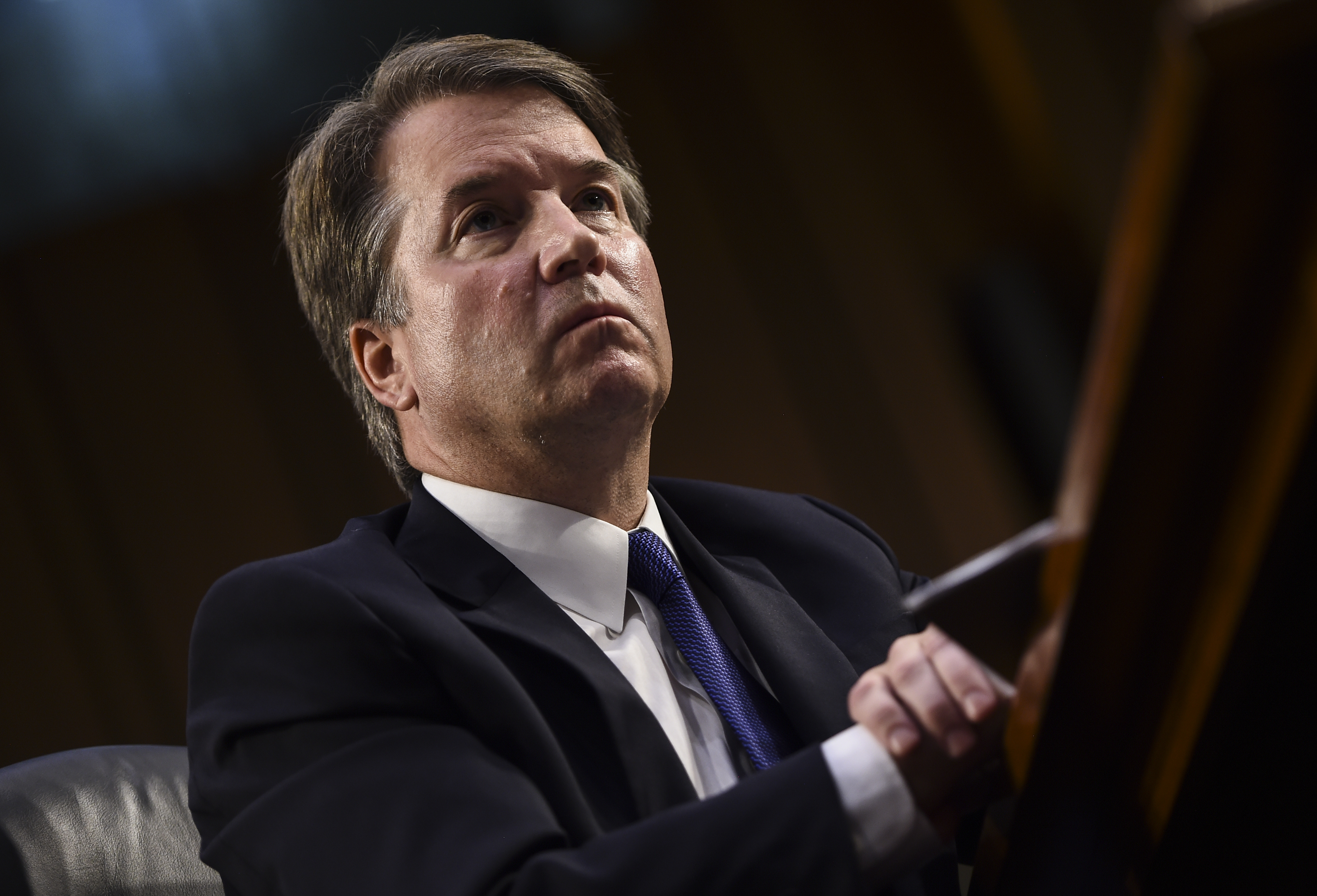 In this file photo taken on September 4, 2018 Judge Brett Kavanaugh looks on during his US Senate Judiciary Committee confirmation hearing to be an Associate Justice on the US Supreme Court, on Capitol Hill in Washington, DC. (AFP)

Senate Judiciary Committee Chairman Chuck Grassley canceled a vote on Kavanaugh planned for Thursday and said the nominee and his accuser, California university professor Christine Blasey Ford, would both appear next Monday to testify under oath about the alleged incident.

Trump characterized the issue as a "little delay" and described as "ridiculous" the suggestion that Kavanaugh might withdraw his candidacy.

"Judge Kavanaugh is one of the finest people I have ever known," Trump told reporters from the Oval Office. "Never even had a little blemish on his record."

"I think he's on track, very much on track," Trump said.

Trump did not comment directly on Ford's claim that a drunken Kavanaugh and one of his friends trapped her in a room and attempted to pull her clothes off at a high school party in 1982.

Kavanaugh flatly denied the accusation and was, according to the White House, ready to testify "tomorrow" in his defense.

"I have never done anything like what the accuser describes -- to her or to anyone," he said in a statement.

Debra Katz, a lawyer for Ford -- who only came forward publicly on Sunday after trying to keep her name hidden for more than a month -- had said earlier she was ready to speak under oath before the Senate Judiciary Committee.

That could result in a tense replay of the lurid 1991 hearing on Clarence Thomas, the conservative Supreme Court justice accused of repeated sexual harassment by a former assistant, Anita Hill.