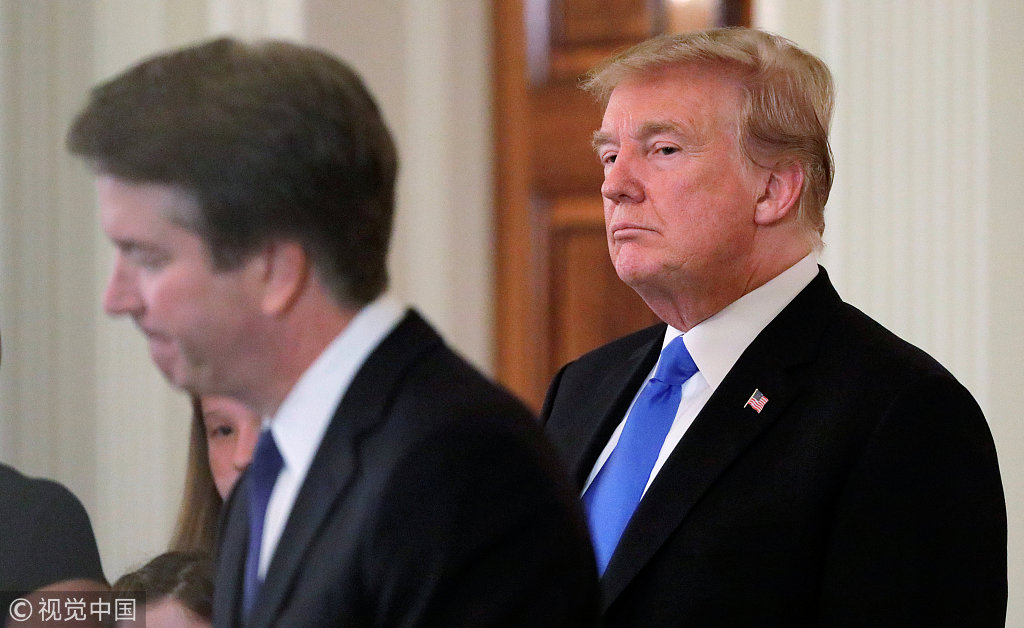 US President Donald Trump praised his Supreme Court pick Brett Kavanaugh but said he would be open to withdrawing his nomination if he finds testimony on Thursday about sexual assault allegations against him to be credible.

"I can always be convinced," Trump said on the eve of a Senate Judiciary Committee hearing featuring one of Kavanaugh's accusers.

"If I thought he was guilty of something like this, yes, sure," Trump said at a press conference on the sidelines of the UN General Assembly in New York. "It's possible I'll hear that, and I'll say, 'Hey, I'm changing my mind.'"

"I want to watch," Trump said ahead of the hearing featuring Christine Blasey Ford, a university professor who has accused Kavanaugh of sexually assaulting her when they were teenagers.

In prepared testimony released on Wednesday, the 51-year-old Blasey Ford said she feared Kavanaugh would rape her during the attack, which she said occurred in the summer of 1982.

Blasey Ford said the incident left her "drastically altered," but it was her "civic duty" to tell lawmakers what happened.

"I am here today not because I want to be. I am terrified," she adds.

Kavanaugh has also been accused of exposing himself to a classmate, Deborah Ramirez, during an alcohol-fueled Yale University party a few years later.

On Wednesday, a third woman came forward with explosive allegations, saying she witnessed sexually abusive behavior by Kavanaugh when he was a teenager.

Trump described Kavanaugh as a "great gentleman" and a "great intellect" and said he believed the accusations against the conservative judge were "false."