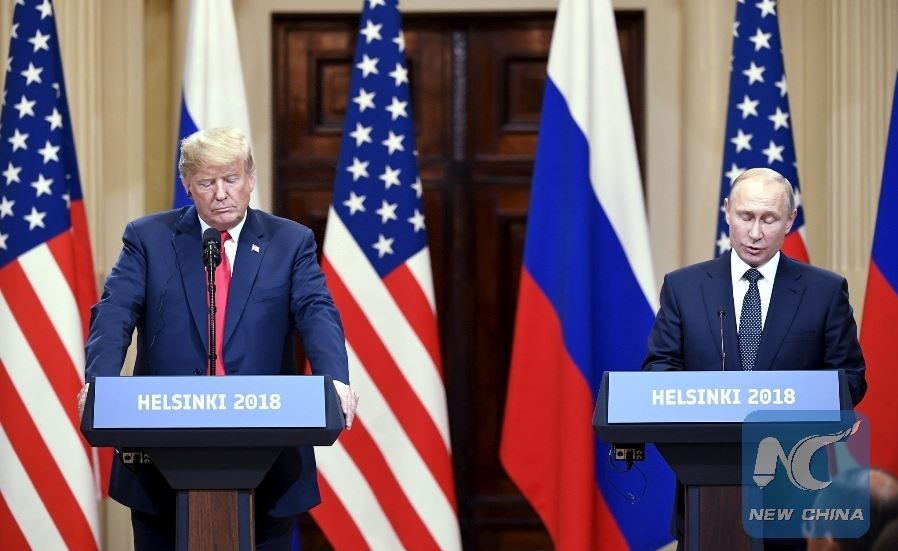 WASHINGTON, July 25 (Xinhua) -- The White House said on Wednesday that the next meeting between US President Donald Trump and his Russian counterpart Vladimir Putin will be delayed till next year, citing the ongoing probe into Moscow's meddling in the 2016 US elections.

"The President believes that the next bilateral meeting with President Putin should take place after the Russia witch hunt is over, so we've agreed that it will be after the first of the year," National Security Advisor John Bolton said in a statement.

The White House said last week that Trump has asked Bolton to invite the Russian president to Washington in autumn, and that the relative discussions "are already underway."

However, the Kremlin said Tuesday Putin and Trump may meet on the sidelines of international events, and that no preparations were underway for a proposed summit between them in Washington.

Trump has been widely attacked after his Helsinki meeting with Putin, due to his reconciliatory remarks that many saw as a sign to side with Moscow against US intelligence community's conclusion that Russia meddled in the 2016 US election.