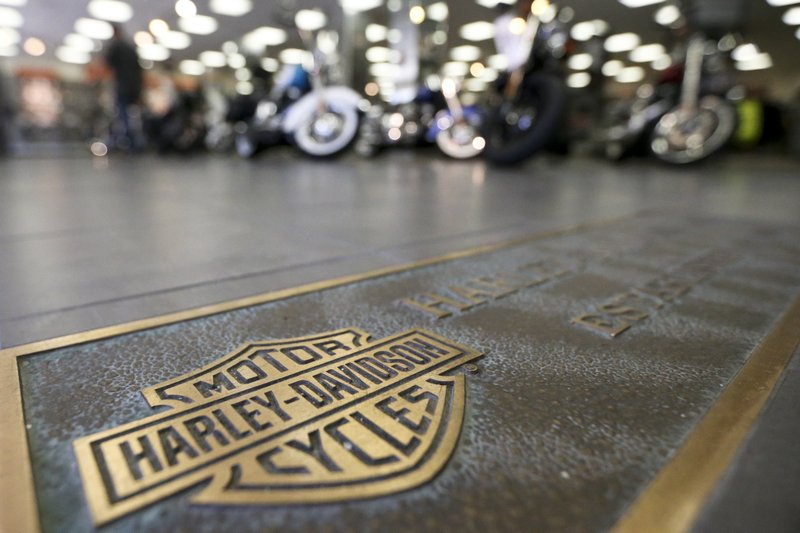 US President Donald Trump denied Tuesday that his trade policy is to blame for Harley-Davidson’s decision to shift some motorcycle production overseas, saying on Twitter that the company is using “Tariffs/Trade War as an excuse” to hide previously announced plans to move jobs to Asia.

The Milwaukee-based company said Monday it came to its decision because of retaliatory tariffs it faces in an escalating trade dispute between the US and the European Union. The company had no immediate response Tuesday to the president’s assertions.

Trump warned Harley-Davidson that any shift in production “will be the beginning of the end.”

“The Aura will be gone and they will be taxed like never before!” Trump said in one of several tweets Tuesday. He was referring to tariffs Harley-Davidson would face on motorcycles produced overseas and shipped back to the US for sale.

The president has held up the iconic American motorcycle maker as an example of a US business harmed by trade barriers in other countries, but Harley-Davidson had warned that tariffs could negatively impact its sales.

Trump recently imposed steep tariffs on aluminum and steel imported from Canada, Mexico and Europe in his bid to level the trade playing field and reduce trade deficits between the US and its trade partners. But those countries have treated Trump’s action as an insult and have chosen to respond in kind.

The US and China are also volleying back and forth over tariffs.

“That was long before Tariffs were announced,” Trump said. “Hence, they were just using Tariffs/Trade War as an excuse. Shows how unbalanced & unfair trade is, but we will fix it.....”

Trump said he’s getting other countries to reduce and eliminate tariffs and trade barriers, and to open up markets.

A group from Harley-Davidson met with Trump at the White House last year.

“When I had Harley-Davidson officials over to the White House, I chided them about tariffs in other countries, like India, being too high,” Trump tweeted. “Companies are now coming back to America. Harley must know that they won’t be able to sell back into US without paying a big tax!”

Trump added that the administration is finishing a study on imposing tariffs on cars from the EU, which he claims has taken advantage of the US for too long.

“A Harley-Davidson should never be built in another country-never!” Trump tweeted. “Their employees and customers are already very angry at them. If they move, watch, it will be the beginning of the end - they surrendered, they quit! The Aura will be gone and they will be taxed like never before!”

Rep. Adam Kinzinger, R-Ill., said Trump’s attack on Harley-Davidson is an example of the president “punching down.”

“I don’t have a problem with the president taking on China,” Kinzinger said Tuesday on CNN, adding that he personally likes Trump. But the Illinois Republican said it bothers him when Trump also takes on Canada and European nations, among others.