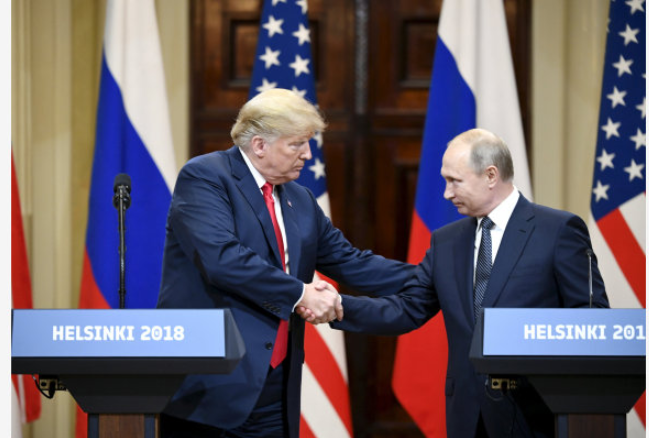 US President Donald Trump has denied hiding details of conversations with Russia's Vladimir Putin, saying he is "not keeping anything under wraps", BBC reported.

The Washington Post alleges that on at least one occasion in 2017 he took away his interpreter's notes after talks, BBC said.

And there is reportedly no record of his one-on-one, two-hour discussion with Mr Putin in Helsinki last year, according to BBC.

Mr Trump's relations with Russia before his election in 2016 are the subject of an ongoing federal investigation, BBC said.

Investigators led by former FBI chief Robert Mueller are trying to establish whether there was any collusion between Mr Trump's campaign team and the Russian state to help get him elected, BCC said.