WASHINGTON, Oct. 15 (Xinhua) -- US President Donald Trump on Monday denied the possibility of relaxing sanctions against Turkey over the release of US pastor Andrew Brunson. 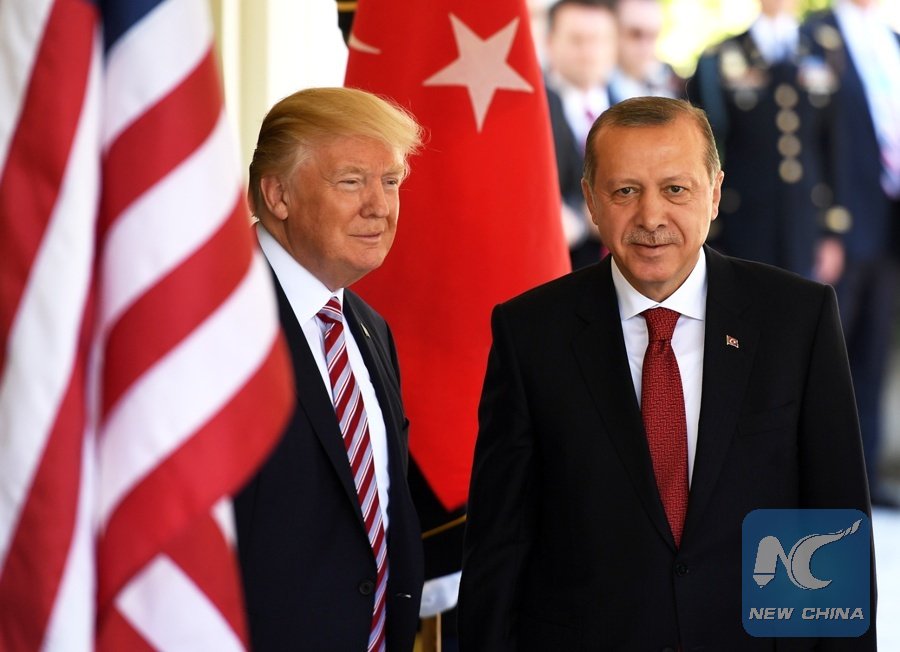 Speaking to the media at the White House's South Lawn before departing to Florida, Trump said, "That was not part of the deal."

"We had no deal with Turkey. We don't make deal -- any deals for hostages or prisoners," he said.

"But I will tell you that I feel much differently about Turkey today than I felt about them two days ago," Trump said. "I have a very good feeling toward Turkey. Two days ago, I did not. So that helped."

A court in Turkey's Izmir on Friday afternoon sentenced the 50-year-old pastor to jail for three years, one month and 15 days over terror-related charges, but set him free as he had been jailed since December 2016.

Brunson later on the same day left Turkey for Germany and the United States. On Saturday, he arrived at the White House, where Trump met him.

His release has removed a major irritant in Ankara-Washington ties, as the United States has punished Turkey in August by imposing sanctions on two Turkish ministers and doubling tariffs on aluminum and steel imports from Turkey.

Turkey then retaliated by raising tariffs on US imports and boycotting US-made electronics, sparking one of the worst diplomatic rows between the NATO allies.

The row contributed to a fall in the value of the Turkish currency, intensifying Turkey's economic woes including huge debt and high inflation.

The White House said that the United States welcomes the release, adding "we remain deeply concerned about the continued detention of other United States citizens in Turkey and around the world, and urge the resolution of all these cases in a transparent and fair manner."

US Secretary of State Mike Pompeo also tweeted that he hopes "the Turkish government will quickly release our other detained US citizens and @StateDept locally employed staff."

Before Brunson's release, US broadcaster NBC said Turkey and the United States had reached "a secret deal" for Brunson. Turkey would drop some charges against him in exchange for the US easing "economic pressure" including the measures that hit the Turkish currency in the summer.

Trump denied the report, saying there is no deal at all.

Cover image: US President Donald Trump and Turkish President Recep Tayyip Erdogan speak to the press in the Roosevelt Room of the White House in Washington, DC on May 16, 2017. (File photo: VCG)