US President Donald Trump Monday denied that he told his former national security advisor John Bolton that military aid to Ukraine was tied to Kiev investigating his political rivals. 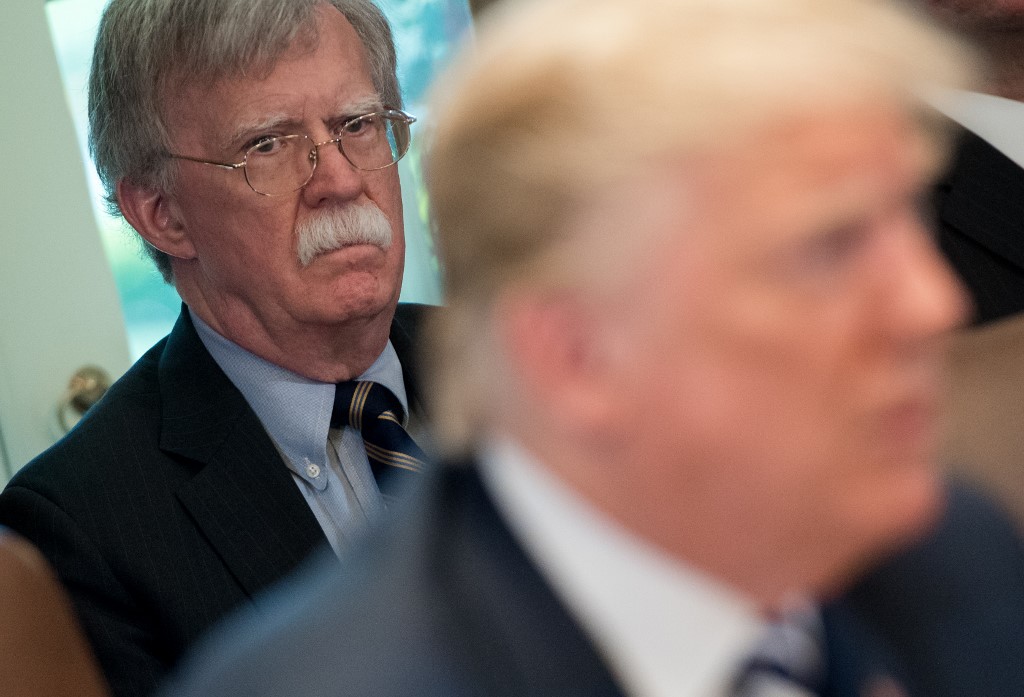 In this file photo taken on May 9, 2018, US President Donald Trump speaks alongside National Security Adviser John Bolton (L) during a Cabinet Meeting in the Cabinet Room of the White House in Washington, DC. (File photo: AFP)

Trump's tweets came after The New York Times reported Sunday that Bolton alleges as much in a draft of his upcoming book.

"I NEVER told John Bolton that the aid to Ukraine was tied to investigations into Democrats, including the Bidens. In fact, he never complained about this at the time of his very public termination," Trump tweeted in the early hours of Monday.

"If John Bolton said this, it was only to sell a book."

Citing Bolton's unpublished manuscript, The Times wrote that Trump told Bolton he wanted to keep frozen $391 million in aid to Ukraine until Kiev officials helped with a probe into his Democratic rival Joe Biden.

Trump was impeached last month for abuse of power and obstruction of Congress.

House of Representatives prosecutors have spent three days laying out a detailed case that Trump withheld military aid and a White House meeting to pressure his Ukrainian counterpart to open an investigation into Biden and the former vice president's son Hunter, who served on the board of a Ukrainian gas company.

Democrats quickly seized on the report to press demands that Bolton and other key people in the Trump administration be called testify in Trump's impeachment trial.

A key point of Trump's impeachment defense has been that there was no quid-pro-quo. Trump's team has maintained that the holdup in aid was separate from his requests for an investigation into the Bidens. Bolton's reported assertion in the manuscript would undercut this.

The Democrats want key Trump administration officials to testify -- including Bolton and acting chief of staff Mick Mulvaney -- believing they know a lot about Trump's dealings with Ukraine. Bolton has said he is willing to testify if subpoenaed.

In response to The Times' report, the lead House manager in the trial, Adam Schiff, tweeted that Trump had "blocked our request for Bolton's testimony."

"Now we see why: Bolton directly contradicts the heart of the President's defense," Schiff wrote.

House Speaker Nancy Pelosi said that Senate Republicans' refusal to hear Bolton or other witnesses and documents is "now even more indefensible."

"The choice is clear: our Constitution, or a cover-up," she said.

But Republicans, who hold a 53-47 edge, have shown little inclination to break ranks with a president who has a history of lashing out ferociously at his perceived enemies.

Sixty-seven senators, a two-thirds majority, are needed to remove Trump from office.