Trump denies US gov't role in failed incursion in Venezuela 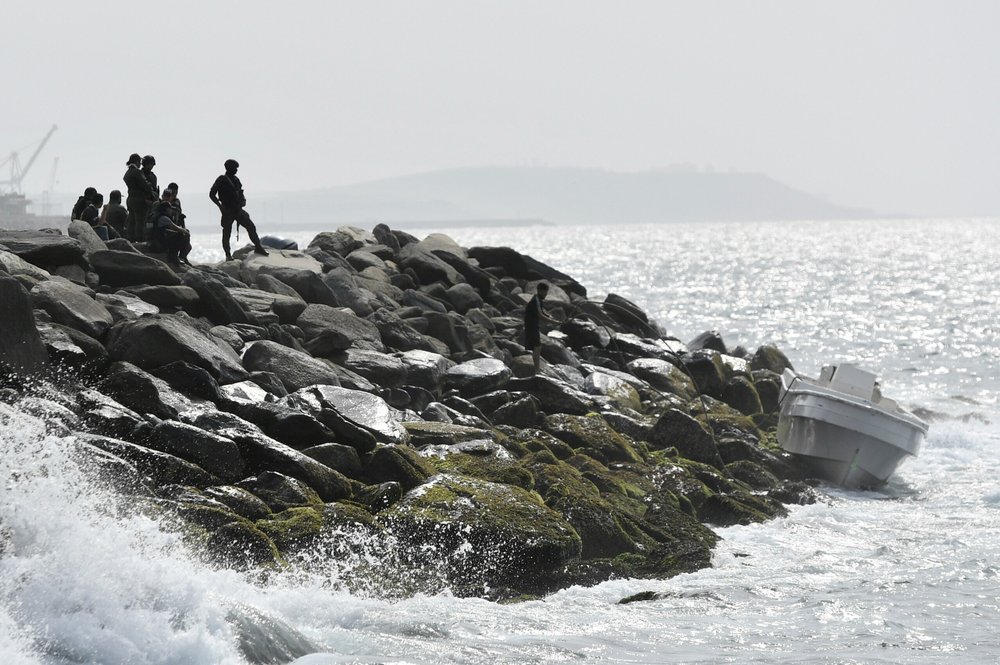 Security forces guard the shore area and a boat in which authorities claim a group of armed men landed in the port city of La Guaira, Venezuela, Sunday, May 3, 2020. (Photo: AP)

WASHINGTON, May 5 (Xinhua) -- US President Donald Trump said on Tuesday that his government had nothing to do with the latest situation in Venezuela, where two Americans were detained after a failed incursion.

"I just got information, nothing to do with our government ... we will find out," Trump told reporters at the White House when asked about the Americans detained in Venezuela.

Venezuelan President Nicolas Maduro said on Monday that authorities had arrested two US citizens among a group of "mercenaries," following an attempted maritime invasion on Sunday.

The two Americans, Airan Berry and Luke Denman, were employees of a Florida-based security company called Silvercorp, whose owner has claimed responsibility for the invasion attempt, said Maduro, who showed on state television VTV their passports and other identification documents.

The armed incursion took place on Sunday in the port of La Guaira, 30 km north of the capital Caracas, which, according to Venezuelan officials, aimed to overthrow the government of Maduro.