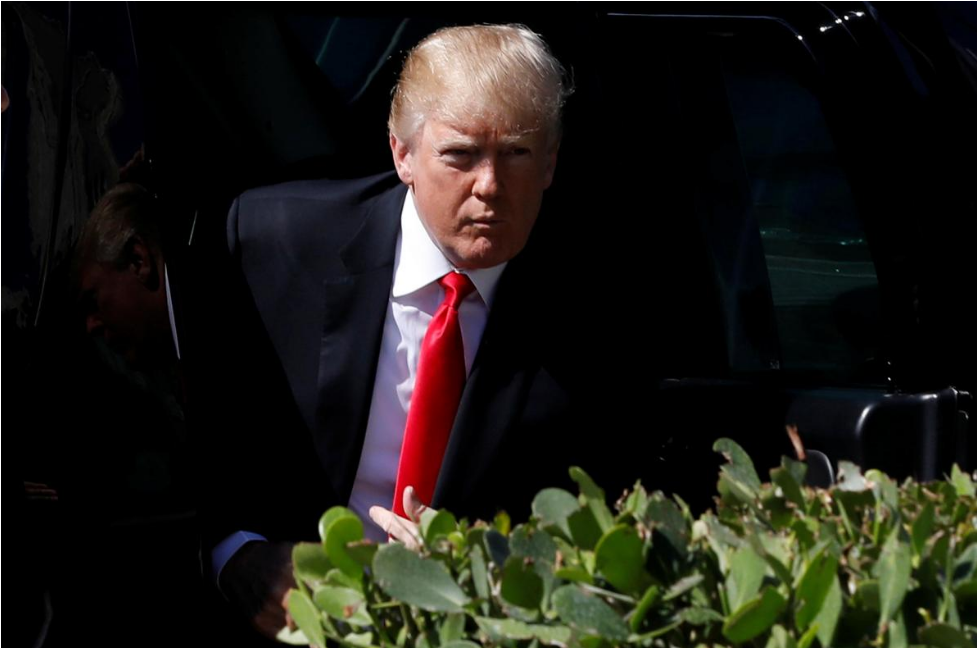 President Donald Trump stepped up his tough talk on immigration on Tuesday, saying he wants to deploy US military forces to stop illegal immigrants at the border with Mexico until a long-promised wall is completed and “proper security” is in place.

Trump, who earlier threatened to halt US foreign aid to Honduras and other countries unless they stopped a “caravan” of Central American migrants headed to the United States, called use of the military at the southern border “a big step.”

Trump has railed against more than 1,200 Central American migrants on a 2,000-mile (3,200-km) journey from the Mexico-Guatemalan border, and reiterated threats to derail the North American Free Trade Agreement (NAFTA) if they are not stopped.

“We’re going to have to have to include security in NAFTA,” Trump told reporters at the White House. He lamented what he called “horrible” US laws that left the southern border poorly protected.

“Until we can have a wall and proper security we’re going to be guarding our border with the military,” Trump said. He said he would be meeting soon with US Defense Secretary James Mattis and others to discuss the idea.

In a post on Twitter earlier on Tuesday, Trump said the caravan “heading to our ‘Weak Laws’ Border, had better be stopped before it gets there. Cash cow NAFTA is in play, as is foreign aid to Honduras and the countries that allow this to happen. Congress MUST ACT NOW!”

Mexican officials intensified efforts to process the dwindling group and determine whether they had the right to stay in Mexico or be returned to their countries of origin. Mexico has said such “caravans” of mostly Central Americans, including many escaping violence in Honduras, have occurred since 2010.

Trump said he thought Mexico was having some success in stopping the caravan. “As of 12 minutes ago, it was all being broken up. We’ll see what happens,” he said.

The use of military forces at the Mexican border is not a new idea. Under President George W. Bush, National Guard forces were used between 2006 and 2008 for things like border-related intelligence analysis but did not have a direct law enforcement role, according to the Pentagon.

Some members of Congress said they were uncomfortable with the idea of using the military at the border. Democratic Senator Brian Schatz said Trump should have to ask for approval from Congress.

“I think we should put that new law to a vote in the Senate as soon as possible,” he said on Twitter. “I predict fewer than 20 votes.”

Republican Representative Francis Rooney, a member of the House Foreign Affairs Committee, said there was a risk of increased violence. “These people should be stopped at the border and vetted out, just the normal process, and we should have plenty of agents down there to do that,” Rooney told CNN.

On Monday, the Republican president criticized Democrats on immigration and again pressed US lawmakers to pass legislation to build a border wall between the United States and Mexico, one of the main themes of his 2016 presidential election campaign.

Despite months of efforts, no immigration deal has emerged in the Republican-led Congress, where lawmakers are not expected to pass much major legislation ahead of November’s midterm congressional elections.