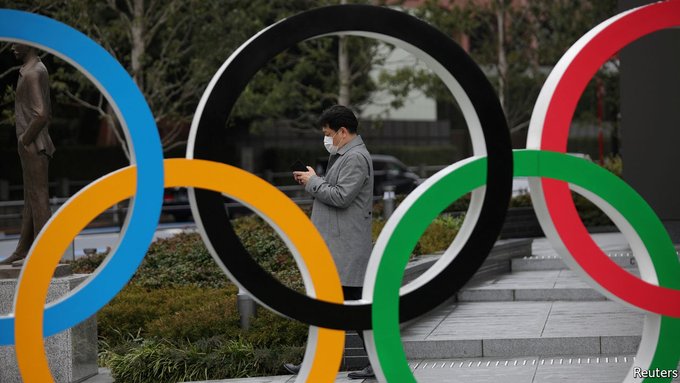 TOKYO, March 25 (Xinhua) -- Japanese Prime Minister Shinzo Abe heard from the U.S. President Donald Trump during phone talks that the decision to postpone the Tokyo Olympics for one year was the right one, Japan's top government spokesperson said Wednesday.

Chief Cabinet Secretary Yoshihide Suga told a press conference after the call that Trump had described the move to delay the games amid the coronavirus pandemic as a "wise and great" decision.

"President Trump repeatedly said the postponement was a very wise and great decision and he expressed support for the prime minister's stance," Suga said.

The International Olympic Committee (IOC) board a day earlier agreed to postpone the quadrennial event to 2021 owing to major concerns over the global COVID-19 pandemic.

IOC President Thomas Bach and the Japanese leader on Tuesday evening agreed to delay the games in a telephone call, which were originally scheduled for July.

Abe had previously intimated that the summer Olympics should be postponed if they cannot be held in their complete form.

"If it is difficult to hold the games in such a way, we have to decide to postpone it, giving top priority to the health of the athletes," the Japanese leader had told a parliamentary session on the matter.

"I think many of them are in areas where they cannot train properly as the new coronavirus is spreading in the world," Abe said on Monday, adding, "This applies not just to our country, it is important that all participating nations can participate in good condition."

Abe and Trump confirmed they would work closely to realize the games in a "complete" way as "proof that humankind has beaten the virus," Suga also said, adding that the two leaders also pledged to work together to tackle the global coronavirus pandemic.

Such cooperation would include measures to fight the virus such as the development of drugs to treat the illness caused by the COVID-19, said Suga.