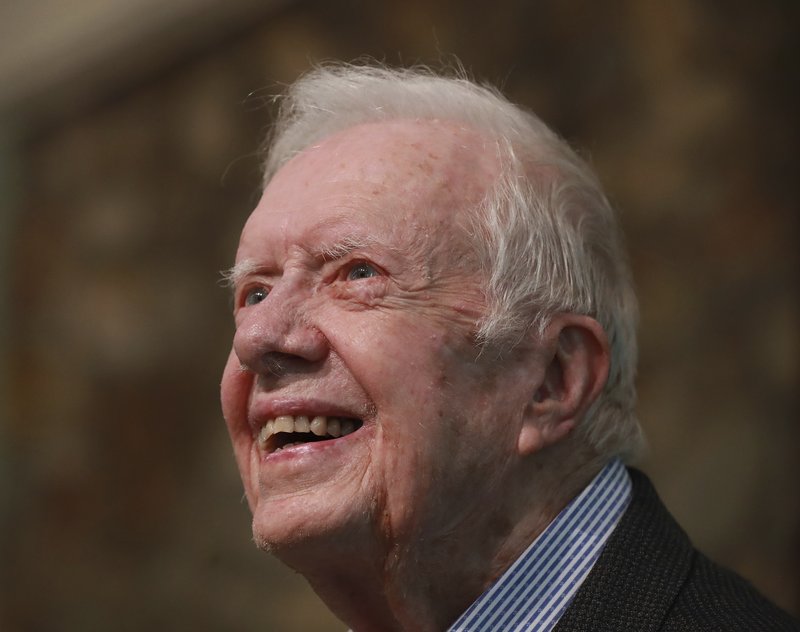 Donald Trump on Saturday dismissed former President Jimmy Carter’s swipe at the legitimacy of his presidency, calling it nothing more than a “Democrat talking point,” while offering his own digs at the 94-year-old Carter.

Speaking to reporters at a press conference in Japan, Trump said he was surprised by the former president’s comments alleging that Russian interference in the 2016 election was responsible for putting him in the White House. And he punched back — though with a somewhat muted response, at least for Trump.

“Look, he was a nice man. He was a terrible president. He’s a Democrat. And it’s a typical talking point. He’s loyal to the Democrats. And I guess you should be,” Trump told reporters, adding that, “as everybody now understands, I won not because of Russia, not because of anybody but myself.”

Carter, speaking during a discussion on human rights at a resort in Leesburg, Virginia on Friday, had said there was “no doubt that the Russians did interfere” in 2016.

And he alleged that that interference, “though not yet quantified, if fully investigated would show that Trump didn’t actually win the election in 2016. He lost the election and he was put into office because the Russians interfered on his behalf.”

The US intelligence community asserted in a 2017 report that Russia had worked to help Trump during the election and to undermine the candidacy of Democratic opponent Hillary Clinton. But the intelligence agencies did not assess whether that interference had affected the election or contributed to Trump’s victory.

Trump, however, insisted during his press conference marking the end of a Group of 20 summit in Osaka, that he had won because he’d worked harder and smarter than Clinton. And he claimed that he’d “felt badly” for Carter because of the way he’d “been trashed within his own party.”

“He’s been badly trashed,” said Trump. “He’s like the forgotten president. And I understand why they say that. He was not a good president.”