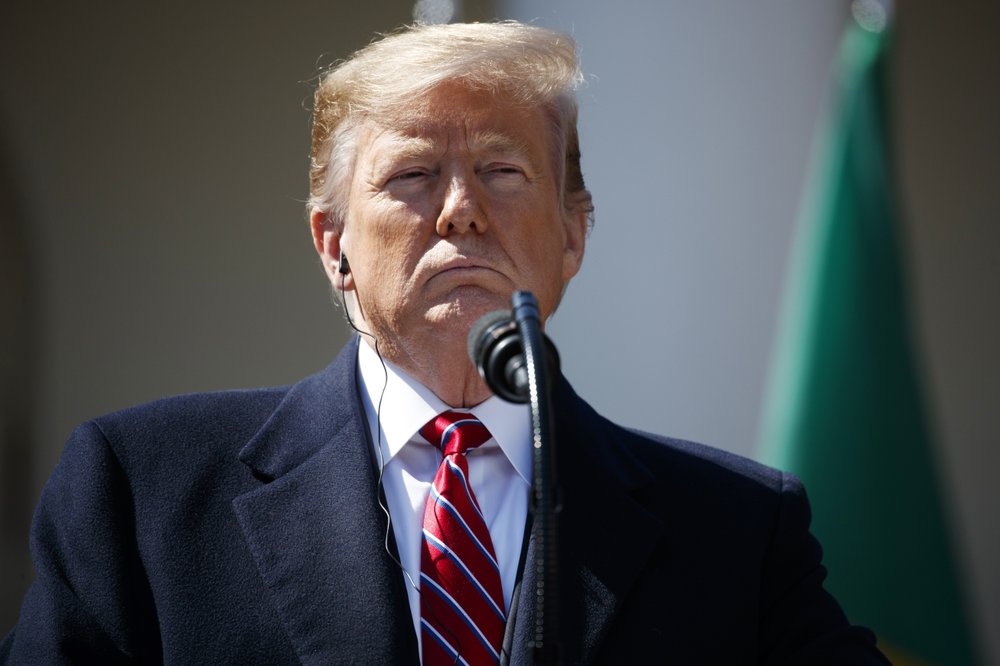 Kellyanne Conway’s husband is a “husband from hell!” President Donald Trump declared Wednesday, escalating his awkward public fight with the spouse of a top aide.

Trump’s feud with George Conway has played out with ever more heated rhetoric on social media. Conway, who has questioned Trump’s mental health, fired back after Trump’s latest tweet, saying the president seems “determined to prove my point.”

The new attacks throw an uncomfortable spotlight on Kellyanne Conway, the longtime Republican pollster who served as Trump’s third campaign manager before joining the administration as a counselor to the president. She is considered one of Trump’s closest advisers and is a high-profile face on television defending the administration’s policies.

Trump on Wednesday called Conway’s husband “A total loser!” He claimed Conway was “VERY jealous of his wife’s success” and assailing the president because Trump “didn’t give him the job he so desperately wanted.” In fact, it was George Conway who took himself out of consideration for a position with the Justice Department, citing family considerations.

“I barely know him, but just take a look,” Trump added on Twitter, “a stone cold LOSER & husband from hell!”

Asked Monday if she agreed with her husband’s assessment, Kellyanne Conway said: “No, I don’t share those concerns.”

On Wednesday, after Trump’s latest tweet, George Conway, posted a link to the diagnostic criteria for narcissistic personality order, and wrote in response to Trump’s latest missive: “You. Are. Nuts.”

He also congratulated Trump Tuesday for having “guaranteed that millions of more people are going to learn about narcissistic personality disorder and malignant narcissism!”

George Conway has also pushed back on the idea that he doesn’t know Trump personally, telling The Washington Post that he has had a number of conversations with Trump over the past decade. He described Trump’s presidency as “maddening to watch” and said he himself tweets so he doesn’t “end up screaming” at his wife about the president.

A campaign official said that Trump has met countless people and that it was unclear if Trump would recognize George Conway if he approached him. The White House did not respond to a request for comment.

Washington author and hostess Sally Quinn said she chatted about the situation with Kellyanne Conway and several other writers at a recent party.

“She kept saying she couldn’t understand why people wanted to talk about it,” Quinn said. “I said it’s a good story.”

“People often will compare it to Mary Matalin and James Carville,” she said, referring to the married political consultants from opposing parties. But she said it was not the same. “What they disagreed on was policy. I think this is a totally different situation. This is about morals and values and ethics.”