WORLD Trump faces criticism on his remarks in Helsinki

Trump faces criticism on his remarks in Helsinki 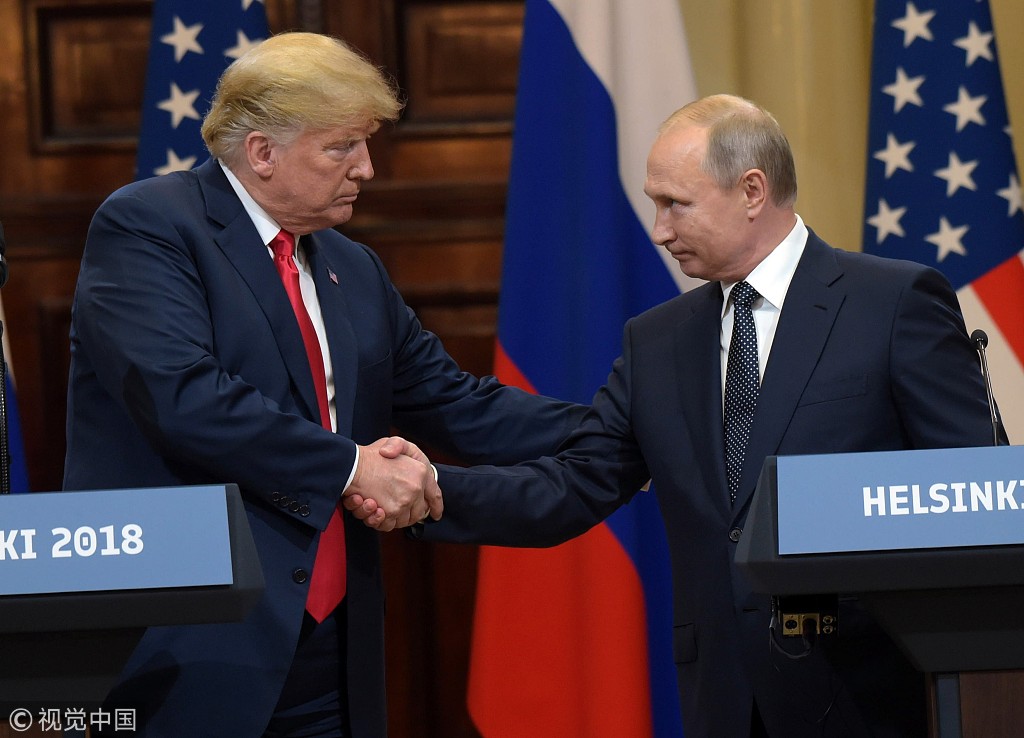 Washington (People's Daily)- The US President Donald Trump's failure to publicly pressure Russian President Vladimir Putin, whom he met in Helsinki on Monday, on what the US intelligence claims election interference from Russia drew a harsh rebuke from veteran administration officials and lawmakers from both parties. Trump also questioned the U.S. intelligence conclusion.

Dan Coats, the director of national intelligence, said in a statement following the Helsinki news conference: “We have been clear in our assessments of Russian meddling in the 2016 elections and their ongoing, pervasive efforts to undermine our democracy, and we will continue to provide unvarnished and objective intelligence in support of our national security.”

Former House Speaker Newt Gingrich, who often advises the Trump administration, said the president should “clarify” his remarks about the U.S. intelligence community and Putin. “It is the most serious mistake of his presidency and must be corrected—-immediately,” he said in a tweet.

Sen. Mark Warner, the top Democrat on the Senate Intelligence Committee, called Trump’s posture toward the Russian leader “a breach of his duty to defend our country against its adversaries.”

Opinion Columnist Michelle Goldberg expressed her shock on the New York Times. “Everything Trump said was in keeping with things he’d said before. The shocking part was his frankness. Then, as now, it forced, if just for a moment, a collective apprehension of just what a repulsive abomination this presidency is.”

Goldberg wrote that it’s always been obvious that Trump does not hold Russia’s hacking of the 2016 elections, which he publicly encouraged and gleefully benefited from, against Putin. “None of us yet know the exact contours of Trump’s relationship with Russia, whether Putin is his handler, his co-conspirator or just his hero.”

The Washington Post’s chief correspondent Dan Balz wrote in his analysis that on a day when the setting called for a show of strength and resolve from an American president, Trump instead offered deference, defensiveness, equivocation and weakness.

“Monday’s news conference was the capstone to an international trip in which, at every opportunity, the president undercut U.S. allies in Europe while playing nice with Putin.” Balz argues that the GOP is a party increasingly in Trump’s image is one sign of the strength he has exhibited. However, Monday’s meeting will affect or alter the posture of Republicans toward the president.

Fox News continues to express its support to Trump. Chris Stirewalt, Fox News digital politics editor, said that the reason Trump was so eager to have a summit with his Russian counterpart was that he wanted to break up some of the clouds covering his relationship with Putin. “If Trump could stand up to Putin and maybe even wring some concessions from the Russian ruler, this would be the perfect moment for Trump to show himself as his own man.”