Trump fires back at British ambassador involved in leaked memos

WASHINGTON, July 7 (Xinhua) -- US President Donald Trump fired back at the British ambassador to the United States, Kim Darroch, who had described the Trump administration as "dysfunctional," prior to departing for Washington, D.C. on Sunday. 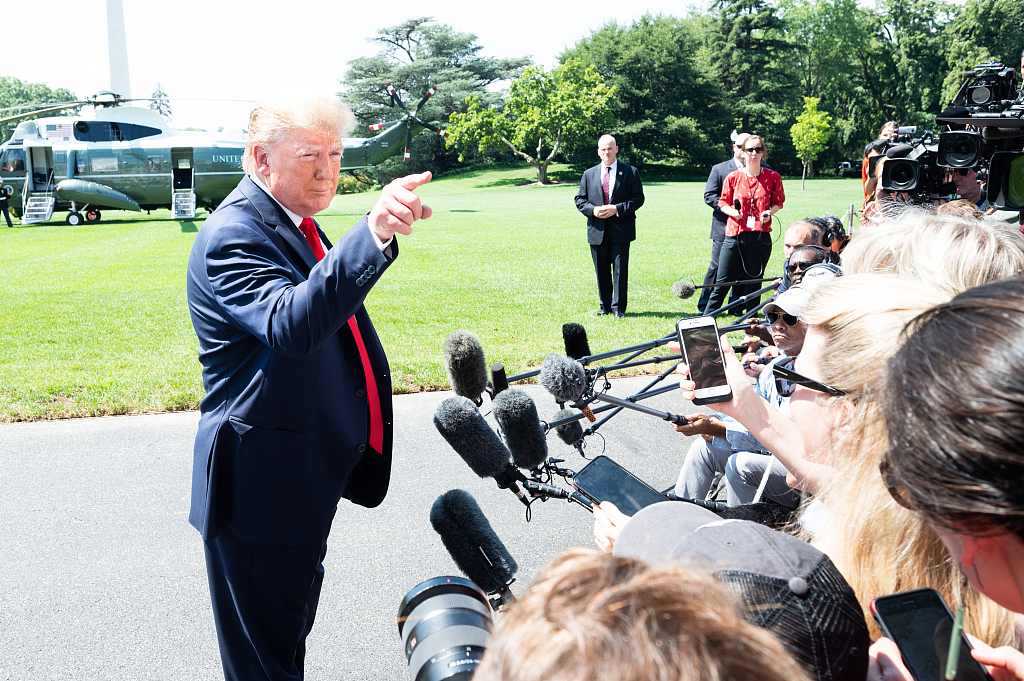 Darroch "did not serve the UK well," Trump told reporters at an airport in New Jersey, adding that he and his administration were "not big fans" of Darroch.

He made the remarks after a series of confidential memos of Darroch were published by the Mail on Sunday in which the envoy gave a negative assessment about the government of Britain's closest ally.

Darroch is one of Britain's most experienced diplomats whose posting in Washington began in January 2016, prior to Trump winning the presidency.

Darroch had said Trump's presidency could "crash and burn" and "end in disgrace," according to a cache of secret cables and briefing notes sent back to Britain and seen by the Mail.

Britain's Foreign Office did not dispute the veracity of the memos.

"The British public would expect our ambassadors to provide ministers with an honest, unvarnished assessment of the politics in their country," a spokeswoman said.

The British government has launched an inquiry to investigate the leak of sensitive memos, covering a period beginning in 2017.