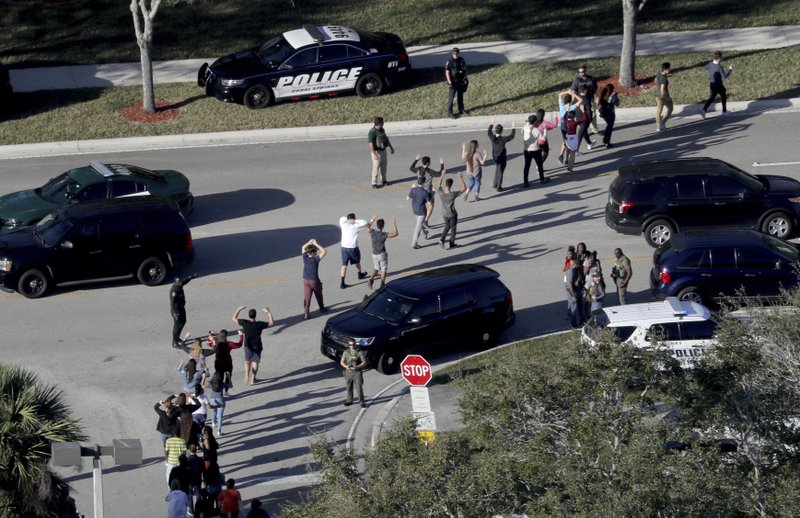 Frustration is mounting in the medical community as the Trump administration again points to mental illness in response to yet another mass shooting.

“The concept that mental illness is a precursor to violent behavior is nonsense,” said Dr. Louis Kraus, forensic psychiatry chief at Chicago’s Rush University Medical College. “The vast majority of gun violence is not attributable to mental illness.”

Nikolas Cruz, the 19-year-old charged with killing 17 people on Valentine’s Day at his former high school in Parkland, Florida has been described by students as a loner with troubling behavior who had been kicked out of school. His mother recently died and Cruz had been staying with family friends.

Since the shooting, his mental health has been the focus of President Donald Trump’s comments. And on a Thursday call with reporters, Health and Human Services Secretary Alex Azar said the administration is committed to addressing serious mental illness and that his agency “will be laser-focused on this issue in the days, weeks, and months to come.”

Mental health professionals welcome more resources and attention, but they say the administration is ignoring the real problem — easy access to guns, particularly the kind of high-powered highly lethal assault weapons used in many of the most recent mass shootings.

“Even for those who manage to survive gun violence involving these weapons, the severity and lasting impact of their wounds, disabilities and treatment leads to devastating consequences,” American Medical Association President David Barbe wrote in an online column after the shooting.

“We are not talking about Second Amendment rights or restricting your ability to own a firearm. We are talking about a public health crisis that our Congress has failed to address. This must end,” Barbe wrote.

Better access to mental health care, including for those who might be prone to violence, is important, but “to blame this all just on mental illness is not sufficient,” he said in an interview Friday.

The AMA has supported efforts to boost gun violence research, ban assault weapons and to restrict access to automatic weapons. Barbe wrote in his column that federally funded research is crucial to address an “urgent health crisis.”

Under gun industry pressure, U.S. government research on firearm violence has been limited for decades.

The groups’ recommendations include limits on high-powered, rapid-fire weapons designed to kill and funding gun violence research at the Centers for Disease Control and Prevention.

According to the CDC, there were about 38,000 U.S. gun deaths in 2016, slightly more than the number of people who died in car crashes.

“The families of the victims in Parkland and all those whose lives have been impacted by daily acts of gun violence deserve more than our thoughts and prayers. They need action from the highest levels of our government to stop this epidemic of gun violence now,” the groups said in a statement.

The president views gun owners as a key constituency that helped deliver him to the White House.

Before he was a candidate, Trump at one point favored some tighter gun regulations. But he embraced gun rights as a candidate, and the NRA spent $30 million in support of his campaign.

His latest budget request would slash Medicaid, the major source of federal funding for treating mental health problems, and cut school safety programs by more than a third. Last year, he signed a resolution blocking an Obama-era rule designed to keep guns out of the hands of certain mentally disabled people.

White House press secretary Sarah Huckabee Sanders said in a statement Sunday that Trump is working with senators on a bill designed to improve criminal background checks. “While discussions are ongoing and revisions are being considered, the President is supportive of efforts to improve the Federal background check system,” she said.

Florida’s Republican governor, Rick Scott, a Trump ally, said he had discussed with Trump and GOP leaders how to restrict gun access to the mentally ill.

Federal and state laws already attempt to do this, in many cases with a ban on gun ownership for people who have been treated in mental institutions.

“There’s a great naivete to what the president and the governor are proposing,” Kraus said. A history of violent behavior, alcohol and substance use, and previous criminal behavior are all more pertinent factors to consider.

Dr. Garen Wintemute, director of a violence prevention research program at the University of California, Davis, said gun violence restraining order laws in California and Washington are “a much more focused approach.” The laws allow courts to keep guns out of the hands of people who pose threats to themselves or others.

“Florida has no such mechanism. Could have prevented this one; there was plenty of advance notice,” Wintemute said.