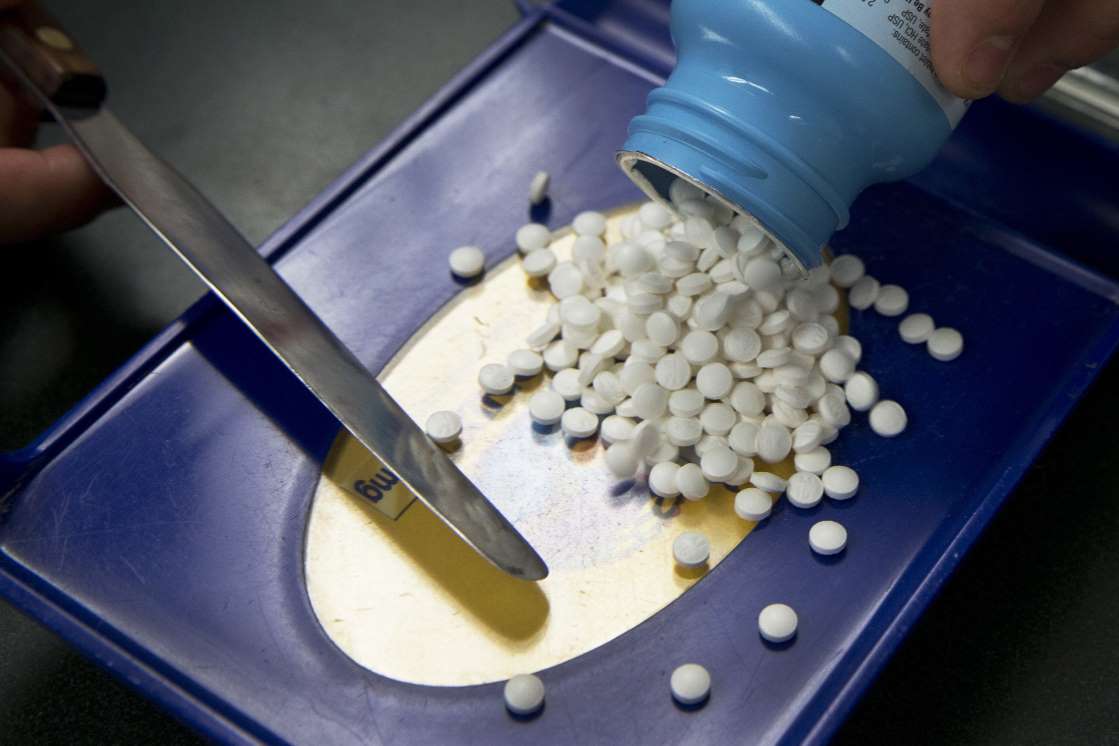 Less than two weeks before the midterm elections, President Donald Trump is focusing on the cost of prescription drugs.

Health care is high among voters' election-year concerns. Trump has promised sweeping action to attack drug prices, both as president and when he was running for the White House.

Trump was scheduled to give a speech on drug prices Thursday at the Health and Human Services Department.

In advance of that speech, HHS released a report that found US prices for the top drugs administered in doctor's offices are nearly twice as high as in foreign countries. The list includes many cancer drugs. Medicare pays directly for them under its "Part B" coverage for outpatient care.

On Twitter, HHS Secretary Alex Azar said "the current international pricing system has put America in last place." In most other economically advanced countries, governments take a direct role in setting drug prices. That's something the United States traditionally has avoided, and Republicans in particular are loath to do.

Azar said Medicare spent about $8 billion more for drugs in the study than if the prices paid by the program were scaled to international prices. Any push to dramatically lower prices here would meet resistance not only from drugmakers but from doctors, two of the most powerful lobbies.

Trump has harshly criticized the pharmaceutical industry, once asserting that the companies were "getting away with murder," a comment that sent pharmaceutical stocks tumbling. But it's largely been business as usual for drugmakers even as Trump has predicted "massive" voluntary price cuts.

A recent Associated Press analysis of prices for brand-name drugs found far more increases than cuts in the first seven months of this year. The analysis found 96 price hikes for every price cut. The number of increases slowed somewhat and they were not quite as steep as in past years, the AP found.

As a candidate, Trump called for using Medicare's clout to negotiate prices. As president, he's had to shelve that idea since it's a nonstarter for congressional Republicans and even Azar.

Instead the White House has opted for a complex strategy that incorporates some 50 proposals to try to change the workings of a market that is legendary for being opaque.

Some of those ideas have advanced.

Over industry objections, the administration is moving to require drugmakers to disclose prices in their consumer advertising. And Trump signed into law a bill that outlaws so-called "gag clauses" preventing pharmacists from telling customers when they could save money by paying cash instead of using their insurance. The Food and Drug Administration is approving generics at a record pace.

In another warning shot at the industry, the FDA is studying ways to allow lower-cost drug imports from abroad in the event of US price spikes.

But Medicare and Medicaid changes are more difficult to carry out, since congressional approval would be needed for any major policy shifts.

The White House also seems committed to squeezing middlemen called "pharmacy benefit managers," companies that run prescription coverage for insurers and employers. The benefit managers say the rebates they win from drugmakers get returned to consumers in the form of lower insurance premiums. But administration officials say rebates add hidden costs to the system and in effect encourage drug companies to price higher to begin with.