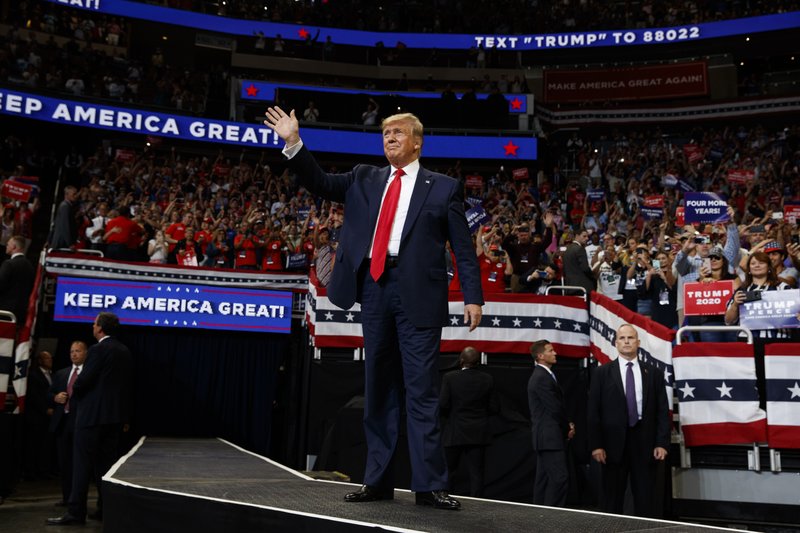 US President Donald Trump arrives to speak at his re-election kickoff rally at the Amway Center, June 18, 2019, in Orlando, Florida. (Photo: AP)

"And that is why tonight, I stand before you to officially launch my campaign for a second term as president of the United States," Trump told a crowd inside the Amway Center arena.

During his speech, Trump touched upon a wide range of topics, including the nation's economy, the administration's immigration policies and trade approaches, and his efforts to remake federal courts.

He also lashed out at, among other things, his political opponents, some mainstream media, and the Russia probe, which concluded in March.

Trump was elected the 45th president of the United States in 2016, after defeating Democratic candidate Hillary Clinton.

He took office on Jan. 20, 2017 and filed papers with the Federal Election Commission for his re-election campaign the same day.