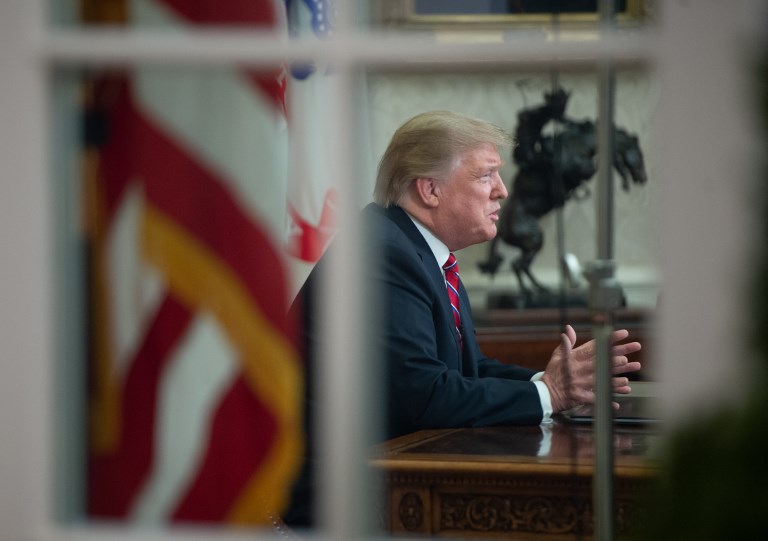 US President Trump delivered a forceful and fact-challenged televised plea to the nation Tuesday night for his long-promised border wall at the White House.

In his nine-minute address, Trump did not declare a state of emergency in order to build his border wall, but pointed out that the United States is in a “humanitarian and security crisis”, emphasized the importance of the border wall to national security and called on Congress to fund the construction of the wall in exchange for an end to the government shutdown.

This is Trump’s first televised speech from the White House in the past two years. In his speech, Trump first talked about the importance of the border wall to US national security. He said that 90% of heroin, which causes 300 Americans to die every day, flows from the southern border of the United States. Trump also said that the proposal to build the boundary wall was proposed by law enforcement agencies and professionals from the Department of Homeland Security. The cost to building walls is far more than $5.7 billion, because illegal drugs bring $500 billion in damage to the United States each year.

In his speech, Trump also attributed government's shutdown to the Democrats. “The federal government remains shut down for one reason and one reason only: because Democrats will not fund border security.” He said that Congress should pass a bill that ends this crisis, which is a choice between right and wrong, justice and injustice. He also said that the leaders of Congress have been invited to meet at the White House on Wednesday, saying that the "45-minute meeting" can solve the problem.

US media analysts believe that the current Congress and the White House’s clash on the border wall has intensified. Earlier Tuesday, Senate Democrats blocked the chamber from considering bipartisan foreign policy legislation in a bid to pressure Republicans to end the government shutdown, which was in its 18th day.

The Wall Street Journal said Trump’s address was part of a ramped-up effort by the White House this week to sway public opinion in favor of a border wall, a core issue for Trump’s political base but one that is broadly unpopular.  The White House tried to use Trump’s speech to shift the focus of the debate from government closure to border security.

The New York Times said Trump did not present new arguments in his speech, but made a number of misleading assertions. In the past 20 years, the number of illegal immigrants has actually fallen. Most heroin enters the United States through legal ports, rather than entering the United States through open areas of the border. The American public seems to have been tired of the current stalemate. About 51% of respondents believe that Trump “should take most of the responsibility” for the government closure, and only 32% accuse the Democrats in Congress.