WORLD Trump goes to the doc -- but the speculation won't end

Trump goes to the doc -- but the speculation won't end 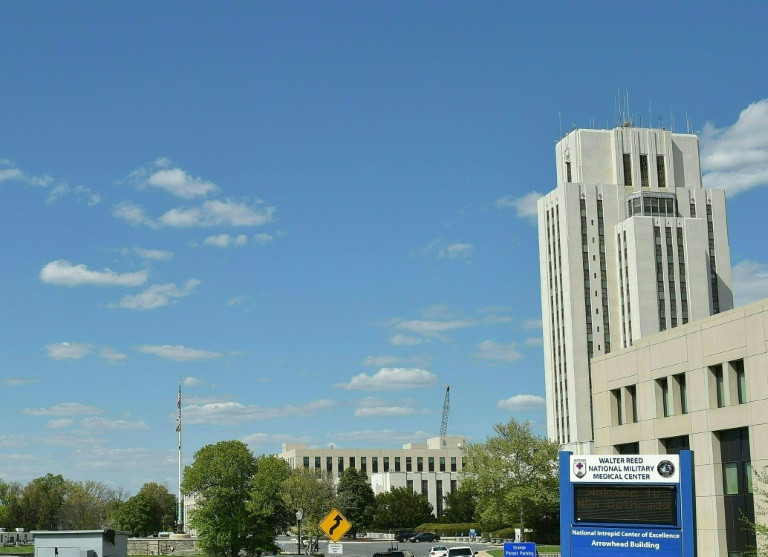 Donald Trump is headed to the doctor: later this week, the 71-year-old US president will undergo his first physical since taking office at a military hospital just outside Washington.

But his critics who have openly questioned his mental health, as well as his supporters looking for proof the attacks are wrong, will be disappointed, as physicians are only looking at his weight, blood pressure and cholesterol levels.

No psychiatric tests are planned on Friday at the Walter Reed National Military Medical Center for Trump, who has described himself as a "very stable genius."

In 2015, Trump's personal doctor Harold Bornstein insisted -- in terms seen as a bit too glowing -- that the real estate mogul would be "the healthiest individual ever elected to the presidency."

But questions persist. A new tell-all book by Michael Wolff paints a portrait of a man whose closest aides doubt his ability to govern.

The president has no obligation to undergo an annual physical, and even if he does, he is not required to reveal the results. But it has become something of a tradition.

And the White House says that Trump, the oldest man ever to enter the Oval Office, will follow in the footsteps of his predecessors.

In the 1980s, during Ronald Reagan's second term, a lively debate erupted over whether his intellectual capacity was deteriorating. Several years after he left office, Reagan announced that he was suffering from Alzheimer's disease.

In 1994, former president Jimmy Carter himself raised the alarm bell about such situations, writing in the Journal of the American Medical Association about the "continuing danger" to the nation of a president becoming disabled, especially by "a neurologic illness."

In April, Democratic lawmaker Jamie Raskin proposed a bill that would create a panel of 11 people -- mainly psychiatrists and neurologists -- who could be called upon to assess the president's mental health.

The draft had at its core the 25th Amendment to the US Constitution, adopted in 1967, which says the vice president would become president "in case of the removal of the president from office or of his death or resignation."

But the amendment provides no specifics about how the president's mental health would be assessed.

"We need this body in general, not just for this presidency but for every future presidency," Raskin told AFP in an interview.

"The framers of the 25th Amendment understood the perils of having a president who is somehow incapacitated in the nuclear age," he explained.

"I turn on the TV and radio, and people are arguing about whether the president has a neurological incapacity or whether he is mentally fit," Raskin said.

"I don't think mental health is a partisan issue... What we really need is a process by which this could be examined if we arrive at a crisis."

In a Republican-led Congress, Raskin's draft has no chance of being approved. But it could fuel the larger debate.

For now, some media outlets have called on specialists to offer an analysis of the 45th president from a distance.

They look at his tweetstorms, his sometimes surprising body language and his sporadic difficulty in speaking -- offering myriad explanations, all of them limited by the fact that they have not examined Trump.

White House spokesman Hogan Gidley slammed journalists for what he called an "absolute dereliction of duty" in reporting opinions of "psychiatrists who have never sat down and talked to the president."